The Apple TV app will be coming to Sony's PlayStation 4 and PlayStation 5, according to an official blog post. 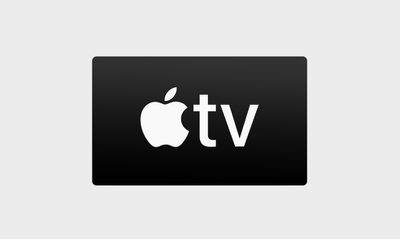 The ‌Apple TV‌ app will be located within the PS5's dedicated media space. It will also be compatible with Sony's new Media Remote for navigation and control.

Enjoy Apple TV+, Apple TV channels, new and popular movies, and personalized, curated recommendations on the Apple TV app. That means users can enjoy Apple Originals like Mythic Quest: Raven’s Banquet, Ted Lasso, and The Morning Show through Apple TV+, subscribe to premium channels, and buy or rent movies and TV shows and access past purchases from Apple. The Apple TV app will also be available on PS4.

The ‌Apple TV‌ app is also coming to rival Xbox consoles this year. In an effort to proliferate its video streaming service, Apple has been making a concerted effort to make the ‌Apple TV‌ app available on other platforms, such as Sony and LG smart TVs, to aid the service's growth.

The ‌Apple TV‌ app is scheduled to arrive on PlayStations on the PS5's launch date of Thursday, November 12.

Well being able to access past purchases sounds good, maybe the PS5 could replace the Apple TV if I can get my iTunes purchases on it. Of course the TV+ stuff will remain pointless, but when that business dies off it should leave enough ingrained apps that more people can buy content from iTunes.

Amazing how many highly rated shows are on this ‘pointless’ service.
Score: 19 Votes (Like | Disagree)

It's irrelevant. Those shows could have been put on Netflix. The is no need to continue to segment the streaming market when there was already a service you could put your shows on.

Not true at all. I am sure many of these shows, if not released on TV+, would have had either lower budget, lower quality, would've been canceled before reaching a 5th season, or wouldn't have been made entirely.

Netflix has so much clutter and garbage, that some of the truly great shows get obscured, like The OA or Santa Clarita (which got canceled too early, among many others).

Apple has spared no expense in the price tag of these shows. Just look at the cast in Morning Show, the cinematography in See, and the incredible period recreation of For All Mankind. And that's only the launch titles.

Other shows like Dickinson or Little America very likely wouldn't have seen the light of day on other services due to the out of the box nature (yet these two are both incredible shows).

There are SO many pilots which are made and then passed over because they don't fit what the streaming service imagines the customers want. I am certain Ted Lasso would not have turned out as legendary had it not been for the freedom and trust that Apple gave its producers.

Apple has the deep pockets to make TV+ a success and ensure a steady stream of high quality content, sparing NO expense. Especially at this early juncture where Apple needs to prove itself, the quality output will continue to be incredible. And I expect at least 5 seasons of the flagship series (Dickinson, Servant, For All Mankind, Morning Show, See, Ted Lasso, Mythic Quest).
Score: 8 Votes (Like | Disagree)

sounds like when they ported iTunes over to Windows.

also, can you use the Siri remote for any of these AppleTV app devices? (Ie; Samsung or LG TVs?)

why would anyone want to use that remote when you don’t have to?
Score: 6 Votes (Like | Disagree)

mnsportsgeek
Would rather have Apple Music integration.
Score: 6 Votes (Like | Disagree)

EvilEvil
I can finally watch my free 1 year of Apple TV Plus.
Score: 6 Votes (Like | Disagree)

Compared to all other services available on the market, Apple TV + practically has nothing. Also, only maybe a couple of shows that they’ve released are decent. I could only watch 3 (Morning Show, Defending Jacob, and the first season of Servant, the rest was pretty much mediocre at best). It remains to be seen if Apple even keeps it. We’ve had other examples before when they abandoned their services altogether.

So I’ve watched at least 8 shows of ‘practically nothing’? Interesting use of my time. Also, the fact that it has less than other services, doesn’t make it pointless.
Score: 6 Votes (Like | Disagree)
Read All Comments