Apple Releases Third Betas of iOS 14.2 and iPadOS 14.2 to Developers

Apple today seeded the third betas of upcoming iOS 14.2 and iPadOS 14.2 updates to developers, two weeks after seeding the second betas and a month after releasing the iOS 14 and iPadOS 14 updates. 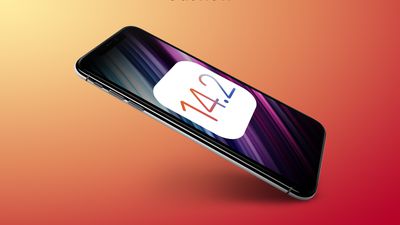 For the Apple Watch app on the ‌iPhone‌, Apple tweaked the design slightly, updating the watch with one of the new Solo Loop Apple Watch bands.

markfc
Tell me this fixes the health app and sorts the missing health data...
Score: 2 Votes (Like | Disagree)

Updated and see intercom for my homepods on beta but doesn’t work just yet
settings are in home app.
also got prompted to “use HomePod pair as home theater” I dont remember that one.

My Siri is not working to control the home after this beta.
Score: 2 Votes (Like | Disagree)

dannyyankou
Thank god, I'm having so many issues with beta 2.
Score: 1 Votes (Like | Disagree)

dillacom
Updated and see intercom for my homepods on beta but doesn’t work just yet
settings are in home app.
also got prompted to “use HomePod pair as home theater” I dont remember that one.

My Siri is not working to control the home after this beta.

Same. Feedback logged, although (for me) Apple have reverted to iOS 13 ways of working and aren't reading them any more.
Score: 1 Votes (Like | Disagree)