A Chinese Weibo account going by the name "Kang" this morning posted allegedly accurate information for every product set to be announced at the upcoming Apple event on October 13, including details and launch dates for the full iPhone 12 lineup, and the rumored HomePod mini.

In addition, the original post also claims that Apple will announce a new magnetic iPhone case with "MagSafe" and two official Apple wireless chargers called "‌MagSafe‌ Charger" and "‌MagSafe‌ Duo Charger," one or both of which will have a 15-Watt power output. 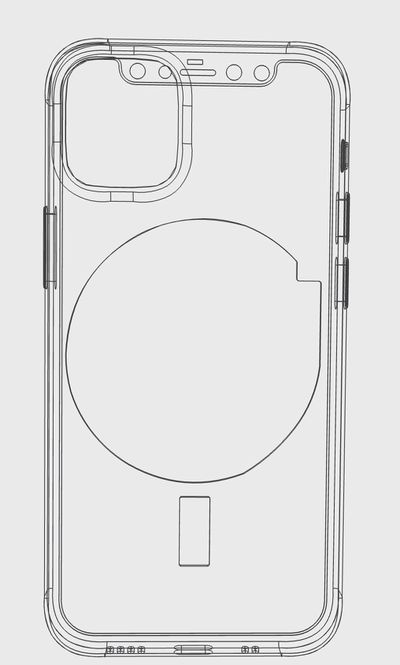 The "‌MagSafe‌" brand name will resonate with readers who remember Apple's magnetically attached ‌MagSafe‌ power connector, which first appeared on MacBook Pro models in 2006 but despite its popularity was eventually discontinued across all Apple product lines between 2016 and 2019 and replaced with USB-C.

Back in August, images shared on Weibo that were said to be from the ‌iPhone 12‌ depict a circular array of magnets in the body of the device. The leak was met with speculation that the magnets could be for alignment purposes should Apple release its own wireless charger.

EverythingApplePro, who shared the images on Twitter, also posted an image of an alleged iPhone 12 case with a similar array of magnets built in, which he suggested are "likely for perfect alignment with Apple's wireless chargers."

For months ahead of their unveiling, last year's ‌iPhone‌ 11 series was rumored to feature a Qi-based device-to-device charging feature, allowing for an Apple Watch, AirPods, and other accessories to charge on the back of the iPhones. The feature was expected to be similar to Wireless PowerShare on Samsung's Galaxy S10. According to Ming-Chi Kuo, however, the feature was abandoned because the charging efficiency did not meet Apple's requirements.

As it stands, Apple hasn't released any native wireless chargers for ‌iPhone‌. The company canceled its much-anticipated AirPower charging mat last year due to quality concerns. Rumors persist that it continues to work on an AirPower-like charging mat, although faked images have been shared in support of this.

‌MagSafe‌ power connector on MacBook Pro
Today's comprehensive leak appeared in Chinese and an image of the original post on Weibo has been tweeted by leaker Ice Universe, who has provided accurate information on unreleased Apple products in the past.
Tag: Kang
[ 78 comments ]

robertcoogan
I hope this means Apple will bring back Magsafe for its laptops. I never understood why they removed it.
Score: 20 Votes (Like | Disagree)

headlessmike
Sorry for being even more pedantic, but that is actually MagSafe 1 with the L-shaped connector introduced after the original straight design. MagSafe 2 was thinner and came only in the straight design.

Sorry to be a pedant, but younger readers should know that the picture shows Magsafe 2, not the "original"

UK-MacAddict
Removing MagSafe from the MacBooks is one of the worst decisions Apple has ever made.
Score: 13 Votes (Like | Disagree)

DanBig
Apple wake up! MagSafe on laptops was and still important!

MacBH928
magsafe is the best connector in the world, imo all cables and wires in the world should be magsafe(unless you have a device that you want constantly connected to electricity in a sturdy way), not sure why Apple abandoned it
Score: 6 Votes (Like | Disagree)

farewelwilliams
AirPower is back baby.

3 coils and use magnets to align the coils for perfect positioning and to prevent overheating.
Score: 6 Votes (Like | Disagree)
Read All Comments