Apple has added Smart App Banners to the latest iOS 14 beta that prompt Safari users to open its News app when viewing the website of a publisher that is part of Apple News+. 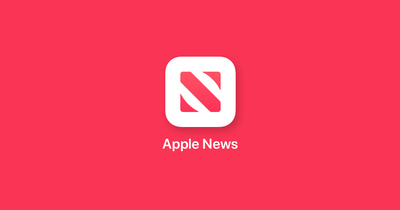 First spotted by AppleInsider, the new in-app Safari prompts use Apple's Smart App Banner API, first introduced in iOS 13, which allows developers to prompt users to download their third-party app from the App Store or a corresponding link from Safari.

In this case, Apple is using the Smart App Banner framework to direct users to its own News app when they visit a website hosted by a publication that is also an ‌Apple News‌+ partner. It's worth noting that the banners only appear for users who subscribe to ‌Apple News‌+.

The Smart App Banner code on affected pages is reportedly unchanged, making it seem likely that it's a change to the way Safari handles publisher URLs, but it remains unclear if developers are able to control which banner appears.

The news follows a similar change Apple made in iOS 14 and macOS Big Sur that directs users who tap to read a news story in Safari to the ‌‌Apple News‌‌ app instead of to the publisher's website.

Safari banner that appears in iOS 14 (Image via AppleInsider)
Many ‌‌Apple News‌‌+ users have been asking for a way to open up web links in ‌‌Apple News‌‌+ to avoid paywalls on the web, so ‌‌Apple News‌‌+ subscribers that pay for the service are likely to be appreciative of the new feature.

However, it has not gone down well with some large publishers, three of which have said they were not informed of the change and are now evaluating whether to terminate their relationship with ‌Apple News‌+ as a result.

There have been multiple reports suggesting publishers are unimpressed with the revenue generated from ‌‌Apple News‌‌+, which has fallen below Apple's initial promises. Apple has not only struggled to entice new publishers to ‌the paid service, it has had difficulty gaining new subscribers since it launched in March 2019.

Marbles1
> It's worth noting that the banners only appear for users who subscribe to ‌Apple News‌+.

Good, I can continue to ignore the existence of Apple News+.

Apple is really doing themselves no favors in their anti-trust case. Tell me how can a third party developer on iOS hijack third party website URLs and redirect to their own app?

It’s only for paying users who ALREADY pay the publisher via News+. This is so they can use their subscription on/from the web too. This has nothing to do with antitrust, just letting the user know that they can read the article with the News+ subscription they already have, instead of subscribing to another one for the web version.
Score: 15 Votes (Like | Disagree)

jclardy
Apple is really doing themselves no favors in their anti-trust case. Tell me how can a third party developer on iOS hijack third party website URLs and redirect to their own app?
Score: 14 Votes (Like | Disagree)

BenRKUK
Could be worse, could be Google Amp :rolleyes:
Score: 14 Votes (Like | Disagree)

ohmydays
THIS IS ONLY FOR NEWS+ USERS, NOT REGULAR USERS OR USERS WHO HAVE SUBSCRIBED THROUGH THE PUBLISHER’S APP. This isn’t antitrust, for goodness sake. ?‍♂️
Score: 10 Votes (Like | Disagree)

-DMN-
First app I delete on my iOS devices and the last one I recommend.
Score: 8 Votes (Like | Disagree)
Read All Comments

Wednesday October 20, 2021 6:24 pm PDT by Eric Slivka
Following in the footsteps of the macOS Monterey release candidate seeded earlier this week, Apple has released a fourth beta version of Safari 15.1 for macOS Big Sur and Catalina to developers that restores the previous tab design that was in place prior to Safari 15. Safari 15.1 now features a standard Big Sur tab design, which is enabled by default and is labeled "Separate" in Safari...
Read Full Article • 55 comments

Wednesday October 27, 2021 2:28 pm PDT by Juli Clover
Apple today released Safari 15.1 for macOS Big Sur and macOS Catalina, giving Mac users who do not have macOS Monterey installed access to the latest Safari features. Safari 15.1 reintroduces the previous tab design that was available prior to Safari 15. With Monterey and Safari 15, Apple introduced a new "Compact" look that changed the design of the tabs and unified them with the URL bar,...
Read Full Article • 118 comments

Thursday August 26, 2021 8:47 am PDT by Joe Rossignol
Apple today announced a News Partner Program that will allow publishers who are committed to publishing their content through Apple News to qualify for a reduced 15% commission rate on qualifying in-app subscriptions. In exchange for maintaining a "robust" presence on Apple News, publishers enrolled in the program will receive 85% of the revenue from readers who subscribe through the...
Read Full Article • 34 comments

Safari Team Asks for Feedback Amid Accusations That 'Safari Is the Worst, It's the New IE'

Wednesday February 9, 2022 7:16 am PST by Hartley Charlton
Apple's Safari and WebKit team has asked for feedback on Twitter amid criticisms of the browser's bugs and missing support. Jen Simmons, an Apple Evangelist and developer advocate on the Web Developer Experience team for Safari and WebKit, Tweeted that "Everyone in my mentions [is] saying Safari is the worst, it's the new IE." This led her to ask users for feedback, preferably highlighting...
Read Full Article • 575 comments