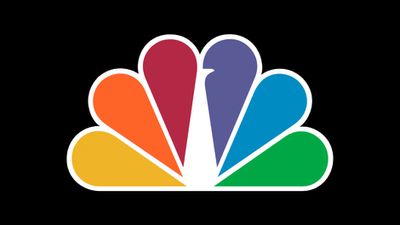 "NBCUniversal successfully launched Peacock in Cable's footprint in April, ahead of the streaming service's U.S. nationwide launch earlier this month, with 10 million sign-ups to date," Comcast chairman and CEO Brian Roberts stated during the earnings report. "The company is really trying to lean into streaming," he said. "I'm pretty excited as the world is transitioning… broadband is making that all possible."

It was a positive announcement among otherwise disappointing second-quarter earnings, as the company continues to struggle with the impact of the global situation on entertainment divisions. Peacock is a key part of NBCUniversal's restructuring, in which it will "shift resources from linear to streaming," according to NBCU CEO Jeff Shell.

The service showcases NBC shows such as "30 Rock," "Cheers," "Downton Abbey," and "Saturday Night Live," with live sporting events such as the English Premier League and the U.S. Open Championship.

Peacock was considered a late entrant to the crowded streaming service market, but has surpassed HBO Max, which has drawn 4.1 million subscribers since its launch in May. HBO Max does not have a free tier like Peacock, however. While Peacock has pleased executives with its performance, Comcast's home internet and cable segment lost 477,000 video subscribers.

Apple's rival service, Apple TV+, has been reported to have had slow growth, and it is estimated that fewer than 15 percent of eligible customers have signed up, despite the offer of a one-year free trial with the purchase of Apple hardware. Apple does not report subscriber numbers.

Update: This article has been updated to make clearer that the count includes users on both free and paid tiers.

Plutonius
I wonder how many of the 10 million subscribers are part of the free tier ?
Score: 10 Votes (Like | Disagree)

senohpoxas88
This article needs to be updated. They have 10m users, not subscribers. Since there’s a free tier, this is a HUGE difference
Score: 10 Votes (Like | Disagree)

coasterider
tell us how many are Comcast subscribers getting peacock jammed down their throats
Score: 6 Votes (Like | Disagree)

Peacock was considered a late entrant to the crowded streaming service market, but has surpassed HBO Max, which has drawn 4.1 million subscribers since its launch in May ('https://www.macrumors.com/2020/05/27/hbo-max-now-available-on-apple-tv-and-ios-devices/').

Comparing a paid service's 4.1M subscribers to an unknown number of paid subscribers in a 10M base is like comparing apples to rocks ('https://en.wikipedia.org/wiki/How_to_Lie_with_Statistics').

metalsiren
yep and right now there is nothing worth paying for
Score: 5 Votes (Like | Disagree)
Read All Comments