The winners of the 13th annual iPhone Photography Awards have been announced today, following submissions from thousands of photographers from around the world. 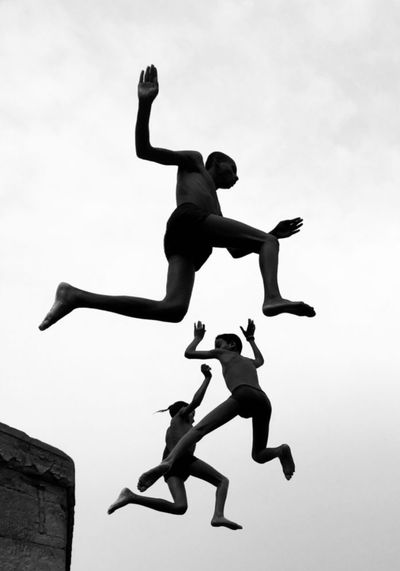 "Tower 11" shot on ‌iPhone‌ X by Bill Marson
Follow-up winners include Artyom Baryshau from Belarus with "No Walls," Geli Zhao from China for an untitled image; and Saif Hussain of Iraq with "Sheikh Of Youth."

You can view the full collection of winners on the iPhone Photography Awards website.

is it wrong for me to assume that these are edited photos?

Not at all. Most worthy photographs are.

Here's one by Richard Avedon, showing his edit instructions that his print maker followed.

LiE_
I like Flying Boys and The Empty Quarter, not that keen on Tower 11 - it looks like most photos at the beach during sunset.
Score: 2 Votes (Like | Disagree)

is it wrong for me to assume that these are edited photos?

Why would it be wrong, why would you assume and what difference would it make anyway?

Art is completely subjective, but I think the winner has a pretty decent photograph there. I would have preferred the people to have been spaced out rather than overlapping, but that’s just my thought if I took the picture. Far and away from average anyway.
Score: 2 Votes (Like | Disagree)

Marli
The photos are pretty average, I would say straight off camera.. if these won, the entries must have been pretty average..
Score: 1 Votes (Like | Disagree)

sundog925
is that a malnourished dog?
Score: 1 Votes (Like | Disagree)
Read All Comments