DigiTimes: Arm-Based 13-inch MacBook Pro and MacBook Air to Ship By End of 2020

Apple will release its first Arm-based 13-inch MacBook Pro and MacBook Air by the end of 2020, according to a new DigiTimes report today. 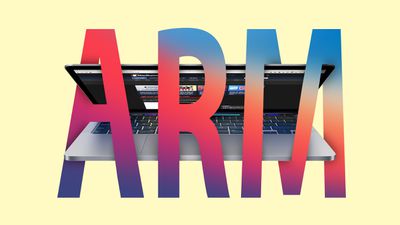 Taiwan's supply chain will begin shipping backlit units (BLUs) and other components for the next-generation MacBooks in the third quarter of the year, which could be interpreted as meaning anytime between now and September.

As Apple is set to release 13-inch MacBook Pro and MacBook Air, powered by Apple Silicon, by the end of this year, total shipments of MacBook lineup are expected to reach 16-17 million units in 2020 compared to 14.5-15.5 million units shipped a year earlier, the sources estimated.

At WWDC in June, Apple officially announced that its Mac computers will be transitioned from Intel x86 to homegrown Apple Silicon chips. Apple said it plans to deliver the first ‌‌Apple Silicon‌‌ Mac by the end of the year and complete the transition in about two years.

DigiTimes' latest prediction pegs the launch of ‌Apple Silicon‌ Macs a little earlier than analyst Ming-Chi Kuo, who has said he expects an Arm-based ‌MacBook Air‌ either in the fourth quarter or in the first quarter of next year. Kuo also believes that an Arm-based 13-inch MacBook Pro will arrive by the end of the year.

Apple will reportedly rely heavily on TSMC for the Arm-based silicon destined for its Macs. The semiconductor foundry is expected to ramp up its wafer sales in the second half of 2021, according to a separate DigiTimes report today.

TSMC will fabricate Apple's custom chips for the Mac using 5nm process technology, with production still in small volume during the first half of 2021, the sources noted, but the output will expand substantially later next year.

ASMedia is said to be another supplier for Apple's Arm-based Macs, and will also see orders for the devices start contributing substantially to company revenue in the second half of 2021. ASMedia reportedly will provide USB controllers for the new Macs.

Today's report also claims that parts for a new "more affordable" 10.8-inch iPad with a "high performance chip" will start shipping in the latter half of this year. This prediction aligns a little more favorably with Kuo's latest thoughts on Apple's ‌iPad‌ roadmap.

Likewise, Kuo believes Apple is working on a new 10.8-inch ‌iPad‌ that's set to be released in the second half of 2020. However, it's unclear if Apple plans to introduce a larger ‌iPad‌ or if the increase in size will be implemented through a bezel reduction, and other rumors have suggested that this updated ‌iPad‌ could actually be an iPad Air, so we're waiting to see what Apple has in store for the low-cost ‌iPad‌ in the future.

According to a leaker that has provided accurate information about Apple's plans in the past, Apple's next-generation low-cost ‌iPad‌ will feature an A12 chip inside, an upgrade from the A10 Fusion chip in the seventh-generation model.

I'm really curious how they will differentiate between the Air and Pro lines with Apple Silicon. So far every Apple chip is pretty much just "1 better" than the last, with the X and Z series adding more GPU power.

Are they going to have different lines like i3/i5/i7/i9 with different capabilities? Or just names + core counts? And then there is TDP. Will they release this information now that all CPU's are in-house?

jclardy
I'm really curious how they will differentiate between the Air and Pro lines with Apple Silicon. So far every Apple chip is pretty much just "1 better" than the last, with the X and Z series adding more GPU power.

Are they going to have different lines like i3/i5/i7/i9 with different capabilities? Or just names + core counts? And then there is TDP. Will they release this information now that all CPU's are in-house?
Score: 20 Votes (Like | Disagree)

I salute you brave (guinea pigs) souls that will be among of the first to get a ARM based Mac. I’m sure it will be smooth sailing..

I’d be more worried about premature obsolescence over product quality.

I’d be more worried about premature obsolescence over product quality.

The original iPad got two major updates, iOS 4 & 5, and the iPad 2 actually got iOS 9, but your point still stands.
Score: 8 Votes (Like | Disagree)

ghanwani
Ordinarily I would be excited but Apple tends to do weird things that make new products less desirable than the ones they replaced. Let’s see what surprises they have up their sleeve this time.
Score: 7 Votes (Like | Disagree)
Read All Comments