Earlier this year, Apple agreed to settle a U.S. class action lawsuit that accused the company of "secretly throttling" older iPhone models. Now, eligible iPhone owners are beginning to be notified about their legal rights and options. 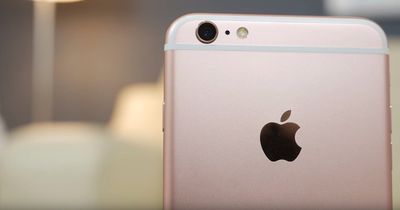 Under the proposed settlement, Apple will provide a cash payment of approximately $25 to each eligible iPhone owner who submits a claim, with its total payout to fall between $310 million and $500 million. The exact amount that each iPhone owner receives could vary slightly based on the number of claims submitted.

The class includes any U.S. resident who owns or previously owned an iPhone 6, iPhone 6 Plus, iPhone 6s, iPhone 6s Plus, and/or iPhone SE that ran iOS 10.2.1 or later, and/or an iPhone 7 or iPhone 7 Plus that ran iOS 11.2 or later, before December 21, 2017. Class members also must have experienced "diminished performance" on their devices.

A website has been set up where eligible class members can submit a claim or review their other options, including excluding themselves from the lawsuit to retain the ability to sue Apple individually over the matter. All claims must be submitted online or received by letter mail by October 6, 2020, or else payment is forfeited.

Apple has denied all allegations and is entering into this settlement to "avoid burdensome and costly litigation." The settlement is not an admission of wrongdoing by Apple, according to the U.S. District Court for Northern California.

The class action lawsuit was filed in December 2017, shortly after Apple revealed that it throttles the maximum performance of some older iPhone models with chemically aged batteries when necessary in order to prevent the devices from unexpectedly shutting down. The complaint described the move as "one of the largest consumer frauds in history."

Apple introduced this battery/performance management system in iOS 10.2.1, but it did not initially mention the change in the update's release notes. Likewise, in a statement issued a month later, Apple still only mentioned vague "improvements" resulting in a significant reduction in unexpected ‌iPhone‌ shutdowns.

Apple only revealed exactly what the so-called "improvements" were after Primate Labs founder John Poole visualized that some ‌iPhone‌ 6s and ‌iPhone‌ 7 devices suddenly had lower benchmark scores starting with iOS 10.2.1 and iOS 11.2 respectively, despite operating at maximum performance on previous versions.

Apple apologized for its lack of communication in December 2017, and reduced the price of battery replacements to $29 for ‌iPhone‌ 6 and newer through the end of 2018 to appease customers. Apple then released iOS 11.3 with a new feature that enables users to track their ‌iPhone‌ battery's health and performance status.

(Thanks, Ben Hurley and Oscar Falcon!)

roncron
Apple throttling devices with aging batteries to protect the user from the device shutting off is "one of the largest frauds in history"??

Apple's only mistake was not communicating this to the user or giving the user the option to run at full speed with the risk of shutting down vs. accepting the throttling. But Apple didn't implement this feature to harm consumers.

$25 is not going to make a difference in the lives of most iPhone owners. But the settlement will surely enrich the legal team that prosecuted this frivolous lawsuit.
Score: 28 Votes (Like | Disagree)

Not even worth the time to fill out paperwork.

Online submission took less than 2 minutes for me.

ArtOfWarfare
Almost covers the $30 we had to pay to get the battery replaced - nice!

Just have to dig out my old iPhone 6+ to find out what the serial number on it is...
Score: 18 Votes (Like | Disagree)

Madhatter32
The only people who made out on this controversy is the lawyers ... not surprising.
Score: 10 Votes (Like | Disagree)

Not even worth the time to fill out paperwork.

Sunday October 2, 2022 10:48 am PDT by Sami Fathi
In a new interview, Apple's senior vice president of software engineering, Craig Federighi, and Apple's vice president of human interface design, Alan Dye, sat down to discuss the thinking behind the iPhone 14 Pro's Dynamic Island and how it was developed. During the interview with the Japanese magazine Axis, Federighi, who oversees the development of iOS, said Dynamic Island represents the...
Read Full Article • 181 comments