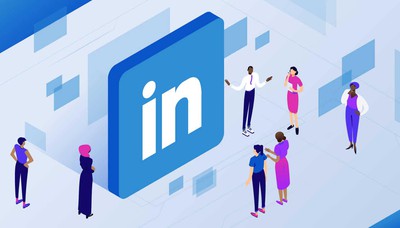 The lawsuit filed in San Francisco federal court states that LinkedIn "secretly" read the clipboard "a lot," without notifying the user, according to Reuters. The complaint also claims that LinkedIn has been gathering clipboard information from nearby Apple devices through the Universal Clipboard feature, and has been circumventing Apple's Universal Clipboard timeout.

The lawsuit attempts to certify the complaint as class action based on alleged violation of the law or social norms, under California laws. Last week, LinkedIn claimed that the clipboard copying behavior is a bug and is not an intended operation. A VP at LinkedIn commented that the contents of the clipboard are not stored or transmitted, and that a fix for the issue will soon be available.

iOS 14 and iPadOS 14 include a new privacy banner feature that informs users when an app pastes from the clipboard. Other apps, such as TikTok, Twitter, Starbucks, Overstock, AccuWeather, and more, have also been caught snooping on user clipboards for no clear reason, but this is the first legal case of its kind related to clipboard spying.

CausticSoda
Good! I hope they are all taken to the cleaners.
Score: 36 Votes (Like | Disagree)

MaSx
This is what we found so far. Imagine what else they have been doing?

Users should have more choices and options into what the app can access. Apple needs to make a "Temporary" access option or "allow while using" or some sort of timer setting for Photo/Camera/Mic/Contacts, etc. This is going out of hand.
Score: 17 Votes (Like | Disagree)

amartinez1660
I just learned with this article that LinkedIn is Microsoft’s! Had no clue.
Score: 15 Votes (Like | Disagree)

imnotthewalrus
I personally was always a little suspicious of LinkedIn. I quit using the app years ago, but would continue to get "invites" from friends who, after i asked them about it, said they had never sent one to me. The "bug" argument, however, with a good lawyer could get them off the hook. Just IMO but it seems like justice anymore is subject to the highest bidder.
Score: 11 Votes (Like | Disagree)

Optheduim
Holy Cow!! Way to go LinkedIn, so nice to have steal my words for your own gain.
Score: 8 Votes (Like | Disagree)
Read All Comments