Apple is rumored to be releasing a mini LED-backlit iPad Pro and a new mini-LED MacBook Pro series over the next 18 months, and the devices have just picked up two new suppliers, according to industry sources. 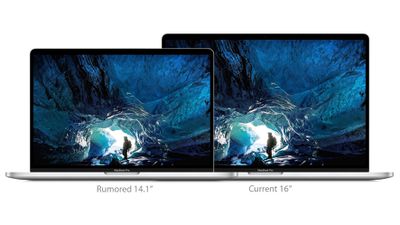 The two PCB makers will reportedly compete with their South Korean peer Young Poong Electronics for the higher shipment ratio of flexible boards required, and are well placed to gain a larger portion of shipment orders because they boast better flexible board manufacturing technology capability.

Both firms are expected to start small-volume shipments of mini LED-backlit modules in the fourth quarter of 2020 to support the launch of new iPad Pro in the first quarter of 2021, the sources said. As such modules are likely to become standard specs for diverse new iPads and MacBooks, Zhen Ding and Flexium can secure a new profitable outlet for their flexible boards, the sources noted.

Apple is rumored to be planning to release a high-end 12.9-inch ‌iPad Pro‌ with a mini-LED display and 5G in 2021. Apple was originally planning to launch the device in the fall of 2020, but is reportedly unable to meet that deadline with the global health crisis, and now multiple sources suggest a 2021 launch. DigiTimes claims we could see the device as early as the first quarter of next year, while leaker L0vetodream has claimed they won't arrive until the second quarter.

Apple is also working on a 14.1-inch MacBook Pro and an updated 16-inch MacBook Pro with a mini-LED display, according to Apple analyst Ming-Chi Kuo, although the roadmap for these machines is far from clear.

While Kuo has said the mini-LED version of the 16-inch MacBook Pro is slated for the fall of 2020, he hasn't provided launch information for the 14.1-inch model that Apple is working on, beyond suggesting that there are several mini-LED devices in the works for 2020 and 2021. Meanwhile, L0vetodream has claimed the 14.1-inch MacBook Pro won't be launching until 2021.

‌DigiTimes‌ has previously claimed that Apple will launch multiple Mac notebook models with mini-LED backlit displays by the end of 2020, and Bloomberg's Mark Gurman said in April that Apple plans to introduce a 16-inch MacBook Pro in October or November, but it's not clear if this refresh features a mini-LED display.

Ultimately, work on all the mini-LED devices may have been pushed back to 2021. This includes the 16-inch mini-LED MacBook Pro, and multiple sources now suggest a 2021 launch for the machine.

The future mini-LED displays will use approximately 10,000 LEDs, with each one below 200 microns in size. Mini-LED will allow for thinner and lighter product designs, offering many of the same benefits as OLED like better wide color gamut, high contrast and dynamic range, and local dimming for truer blacks. Kuo believes the mini-LED technology will "significantly improve productivity and the entertainment experience."

UltimateSyn
Yeah, my wallet and I would really like to know when that 14" mini-LED ARM MBP is launching..
Score: 8 Votes (Like | Disagree)

I’m guessing that this new display tech will be accompanied by a price increase... I also wonder if they will hold this tech for the MacBook until the ARM machines are ready.

Apple may be able to keep the same or better margins by using their own CPU's
Score: 3 Votes (Like | Disagree)

Mr. Dee
It makes sense now why Apple didn’t update the recent Ice Lake MacBook Pro to a 14.1 inch display. Why give that to a legacy platform when you have major one coming at the end of the year based on your own Silicon?
Score: 3 Votes (Like | Disagree)

Spock
I’m guessing that this new display tech will be accompanied by a price increase... I also wonder if they will hold this tech for the MacBook until the ARM machines are ready.
Score: 3 Votes (Like | Disagree)

Yeah, my wallet and I would really like to know when that 14" mini-LED ARM MBP is launching..

at the same time im not sure if you want the very first of the procs and new screens (as an owner of the original retina macbook pro). They def made solid improvements each year culminating with the 2015 model. Hopefully its not an ipad 3 situation where the immediate successor fixes a bunch of key issues
Score: 2 Votes (Like | Disagree)
Read All Comments