Apple plans to release several higher-end devices with Mini-LED displays in 2021, including a new 12.9-inch iPad Pro in the first quarter, a new 16-inch MacBook Pro in the second quarter, and a new 27-inch iMac in the second half of the year, according to Jeff Pu, an analyst at Chinese research firm GF Securities. 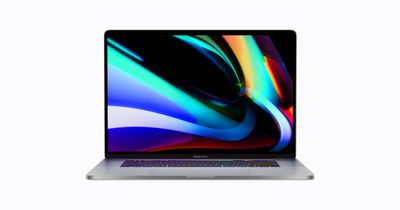 This timeframe lines up with one shared by analyst Ming-Chi Kuo, who recently said that Apple suppliers are slated to begin mass production of related components between the fourth quarter of 2020 and the first quarter of 2021, suggesting that the majority if not all of the Mini-LED devices will be released next year.

A few months ago, Kuo said that Apple plans to release six Mini-LED products by the end of 2021, including 14-inch and 16-inch MacBook Pro models, a 27-inch iMac Pro, a 12.9-inch iPad Pro, a 10.2-inch iPad, and a 7.9-inch ‌iPad‌ mini. The analyst said these displays will allow for thinner and lighter product designs, while offering many of the same benefits of OLED displays used on the latest iPhones, including improved contrast and dynamic range.

Switching to Mini-LED displays will also allow Apple to distance itself from the Samsung-dominated OLED display market, according to research firm TrendForce, which also expects a new 12.9-inch iPad Pro with a Mini-LED display to launch in 2021.

Apple is reportedly investing over $300 million in new Taiwanese factory that is expected to produce Mini-LED and Micro-LED displays for future devices.

It's also about time we get touch-screens, for point-of-sale use.

It's also about time we get touch-screens, for point-of-sale use.

You know, I was one of those people that clamored for years for a touch screen MacBook Pro.

Two years ago I got sick of waiting, and have bought two different Windows PCs with touchscreens - a Lenovo Thinkpad T4x0 and a Lenovo Yoga 920, which has both touch screen AND pen support, one of the best pens shy of the Apple Pencil and Surface Pen.

Once the novelty wears off, I find that I really don't use either feature that much. Obviously I don't speak for everyone, but for average day to day stuff, I bet most people don't actually use or need touch.
Score: 10 Votes (Like | Disagree)

macfan90
We shouldn’t be bothered with 2nd half 2021 rumors when the iMac and iMac Pro updates for this year still haven’t materialized. No one knows so far in advance so it’s pointless.

Guessing we can probably can expect a full MacBook line redesign in 2021 with new ARM processors as well. (or are the current redesigns with new keyboards the redesign?)

They could thin the bezels even more so it’s actually edge to edge.
Score: 5 Votes (Like | Disagree)

Roscorito
Kuo actually said iMac pro was due in the second half of this year, not next.
Score: 4 Votes (Like | Disagree)
Read All Comments