Last week, we laid out evidence suggesting that the just-released iPad Pro models do not contain a U1 Ultra Wideband chip, including the lack of any mention of the chip in tech specs or Apple's press materials, the absence of software support for U1 features, and more. Most tellingly, iFixit was unable to find the chip or related antennas in the device. 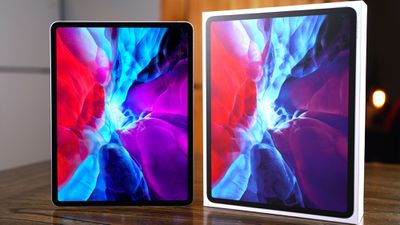 Daring Fireball's John Gruber has followed up on the situation, and he has "confirmed with a little birdie who would certainly know the answer" that the new ‌iPad Pro‌ indeed does not have a U1 chip.

At first blush, it seems surprising that the 2020 ‌iPad Pro‌ wouldn't have a U1 chip when Apple deployed it across the entire iPhone 11 lineup last fall and indicated that it would be the basis for a number of future features. Perhaps the most high-profile rumored feature for the U1 relates Apple's AirTags item trackers that have yet to launch, with the chip allowing for highly precise locating capabilities.

As discovered by iFixit in its teardown of the new iPad Pro, however, the new model's internals are nearly identical to those of the 2018 model, down to the logic board layout. Even the new A12Z chip is essentially the previous A12X with a previously disabled graphics core enabled.

Adding a U1 chip to the ‌iPad Pro‌ would have required a redesign of the ‌iPad Pro‌ logic board, and depending on how the U1 interfaces with the device's main chip, may have required more substantial changes in the A12Z chip itself, perhaps necessitating an all-new A13X chip to support the feature.

The U1 chip also requires associated antennas that wouldn't play particularly nicely with the ‌iPad Pro‌'s metal chassis. On the ‌iPhone 11‌ series, these antennas require cutouts in the metal case lining, but remain concealed thanks to the glass exterior of the phone.

With rumors of a more substantial iPad Pro refresh as soon as this fall, including at least one mode with an A14X chip and a new mini-LED display, the latest model appears to have been a stopgap update to add some new AR-related capabilities without making a full overhaul of the device, and the addition of a U1 chip and associated hardware may have been required more substantial changes than Apple was willing to invest in for this update.

AxiomaticRubric
So basically the latest iPad Pros are in the same situation as the ill-fated iPad 3.
Score: 19 Votes (Like | Disagree)

I really don't get why Apple even bothered. The new iPad has almost nothing so if there is big update coming this fall then why doing this in the first place?
Anyway, I'll wait for fall then :)
Not buying it until the structural integrity is improved :)

Structural integrity? they're fine. Just don't sling it around and step on it like 4 year old.
Score: 17 Votes (Like | Disagree)

Freida
I really don't get why Apple even bothered. The new iPad has almost nothing so if there is big update coming this fall then why doing this in the first place?
Anyway, I'll wait for fall then :)
Not buying it until the structural integrity is improved :)
Score: 13 Votes (Like | Disagree)

ThisBougieLife
Incremental update. Recommended for people who don’t have an iPad or have one from more than two years ago.
Score: 12 Votes (Like | Disagree)

kissmo
Glad I stayed on my 2018 11” Pro. It is an upgrade is for older iPad pro owners or for other models who want to step to a better device.
Seems weird though the move from Apple however, it’s hard to top the 2018 version. Pretty darn good tablet.
Score: 11 Votes (Like | Disagree)

iapplelove
I throw my 3rd gen 12.9 ipad in my bag every day for work no structural issues what so ever
Score: 9 Votes (Like | Disagree)
Read All Comments