The U.S. government is using smartphone location data from the mobile ad industry to track people's movements amid the coronavirus outbreak, according to a Wall Street Journal report. 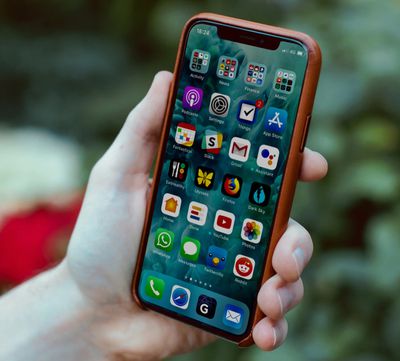 Local governments and the Centers for Disease Control and Prevention have received the anonymized data about people in areas of "geographic interest," with the aim being to create a portal of geolocation information for 500 cities across the country.

The information will be used to learn how well people are complying with stay-at-home orders, according to WSJ. Citing an example, the report says researchers discovered large numbers of people were gathering in a New York City park, which led them to notify local authorities.

Even though the data is anonymized, WSJ says that privacy advocates want "strong legal safeguards" to limit how it can be used, in order to prevent its use for other purposes. Cellular carriers told the news outlet they have not been asked by the government to provide location data.

The development follows reports of other countries using cellphone data to monitor citizens and see if they are complying with curbs on movement to defeat the viral outbreak.

European mobile carriers have reportedly been sharing data with health authorities in Italy, Germany and Austria, while at the same time respecting Europe's privacy laws. Earlier this month, Israel passed emergency measures that allow security agencies to track the smartphone data of people with suspected COVID-19 and find others they may have come into contact with.

Good. They'll see I don't care about their stupid "stay at home" BS.

Good. They'll see I don't care about their stupid "stay at home" BS.

Right!!! To hell with science! It’s so inconvenient sometimes! I’m going with cocky jeremy! C’mon everyone, party at his place!!!!!!!
Score: 31 Votes (Like | Disagree)

sshambles
‘Oh I don’t care, I’ve got nothing to hide, they can do whatever they want with my data’ — Probably nobody anymore.
Score: 22 Votes (Like | Disagree)

deeddawg
Folks forget that the cell phone companies have been keeping this data for a very long time.

I sat on the jury for murder trial, and the murderer's cell phone records were in evidence. Every time the cell phone made or received a call, the records showed which antenna on which tower had communicated with the phone. Thus they showed an approximate location based on direction from the tower sites as he moved around the county that day.

With today's smart phones constantly sending and receiving internet data, rest assured your location is being recorded whether or not you've agreed to anything with an app.
Score: 17 Votes (Like | Disagree)

Saturnine
The key word in this is 'anonymized.'

There's a world of difference between the Government tracking individuals to ensure their compliance, and using anonymised data to map trends.
Score: 16 Votes (Like | Disagree)

Scottsoapbox
While also using the pandemic to call for the need for more surveillance to "protect" us.
Score: 11 Votes (Like | Disagree)
Read All Comments