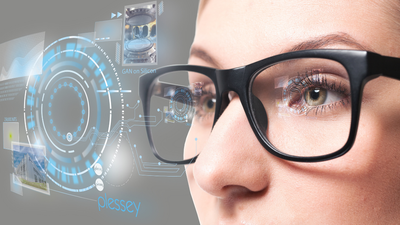 The paywalled report claims that Plessey has instead reached a licensing deal with Facebook, which in a statement said it wants to build "a glasses form factor that lets devices melt away so we can be more present with our friends, families, and surroundings":

Facebook has struck a deal to buy all of the augmented reality displays made by British firm Plessey, as the social network looks to build AR glasses capable of overlaying virtual objects onto the real world. The deal could give Facebook an edge over Apple, which recently looked at buying Plessey, one of the few makers of AR displays, according to two people familiar with the matter.

Apple has expressed a profound interest in augmented reality in recent years, making a major push into the space with frameworks like ARKit and RealityKit, creative tools like Reality Composer and Reality Converter, and hardware like the LiDAR Scanner on the new iPad Pro and likely some iPhone 12 models.

Multiple reports have indicated that Apple plans to release a combination AR/VR headset by 2021 or 2022, followed by a sleeker pair of AR glasses in 2022 or 2023. Last week, MacRumors obtained a photo of a generic HTC Vive Focus-like controller that Apple appears to be using to test its AR/VR headset.

rotax
I dont care who's Tech and how good. I would never ever use a VR/AR anything from a privacy loving Facebook.
Score: 7 Votes (Like | Disagree)

well you remember that small company called,google and their glassholes?

Public sentiment was against those new-fangled horseless carriages when they first appeared on the scene. Over time, the technology improved, and public sentiment swung strongly in favor of cars. Times change.

Your argument sounds a awful lot like, "don't you remember them terrible horseless carriages?"

There is no future in AR. The people that believe in it are 100% wrong.

The reason is that it's not useful for the average person and has terrible UX.

there's no future for it because it has terrible UX? You don't expect that will be improving? I mean, phones today are exactly like they were in 2005, right? No changes there, so why expect AR will improve.

VR is quite different from AR - different (though related) tech pursuing different goals. VR is trying to project an entirely new world in front of your eyes. AR is trying to overlay a bit of useful information on your current view of the real world.
Score: 6 Votes (Like | Disagree)

I have the feeling this will go with the “less songs than a Nomad, lame” quote in the not-going-to-age-well drawer...
Score: 5 Votes (Like | Disagree)

NinjaHERO
I think AR is going to be huge. An overlay of your surroundings is absolutely the next step in our screen interaction. We need a design like the one shown. Where you can't see the screen, it's just built into the glasses/lenses. That will be huge. Gotta make these look good if you want people on board.
I can't wait.
Score: 5 Votes (Like | Disagree)

You're going to be in the "Why is Apple making a music player? This iPod thing is doomed" camp.

There are visionaries who see how society can evolve through technology that hasn't become common yet and there are those that eventually catch up and adopt it. At this point, you don't have to be much of a visionary to see the future applications of AR and how it can totally transform society.
Score: 5 Votes (Like | Disagree)
Read All Comments

Tuesday January 18, 2022 10:35 am PST by Juli Clover
Verizon and AT&T's upcoming rollout of new C-Band 5G technology could cause chaos and lead to widespread delays of passenger and cargo flights, major U.S. airlines said on Monday in a letter sent to the White House National Economic Council, the FAA, and the FCC (via Reuters). "Unless our major hubs are cleared to fly, the vast majority of the traveling and shipping public will essentially...
Read Full Article • 164 comments