Apple today seeded the sixth beta of an upcoming macOS 10.15.4 update to developers for testing purposes, one week after seeding the fifth beta and over a month after releasing macOS Catalina 10.15.3. 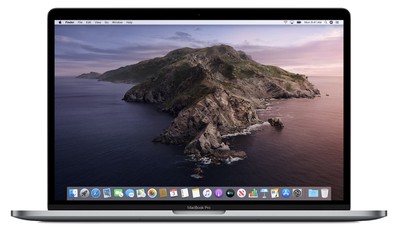 The ‌‌macOS Catalina‌‌ beta can be downloaded using the Software Update mechanism in System Preferences after installing the proper software from the Developer Center.

macOS Catalina 10.15.4 includes Screen Time Communication Limits, a feature first brought to the iPhone in the iOS 13.3 update, and it brings a new Head Pointer Accessibility option that allows the cursor to be controlled with head movements using the Mac's camera.

Real-time lyrics are included in macOS 10.15.4, bringing an iOS feature introduced in iOS 13 to the Mac. Real-time lyrics allow the lyrics for a song to scroll in real-time to the music so you can follow along with what's being sung.

References to AMD processors have also been discovered in the macOS 10.15.4 beta, leading to speculation that Apple is working on AMD-based Macs, but these references could simply be for internal testing rather than evidence of an AMD Mac.

Though not directly part of macOS Catalina 10.15.4, Apple is adding a new universal purchase option for macOS and iOS apps, which will allow Apple device users to purchase one app that works across multiple platforms.

Looking forward to OS X Catalina officially coming out of beta when 10.15.4 releases.

You would be better off looking forward to it actually working, rather than leaving Beta.
Score: 8 Votes (Like | Disagree)

ThunderSkunk
Hopefully this fixes the inability of my new $4000 MacBook Pro to locate its keyboard & trackpad, or its network shares after switching networks, or launch applications without an internet connection, or reboot successfully without hanging and crashing first, etc etc etc

Catalina has been a total pita. If there were any way to get Mojave on a MBP16, this would be the best computer I’ve ever owned, instead of making me increasingly bitter about my purchase every time I use it.
Score: 4 Votes (Like | Disagree)

I wouldn't even bother upgrading to Catalina. Due to persistent issues on MBP 15" 2017 I was kinda forced to move on. 16" is great machine with its own set of problems - hardware/software.

Good old days when Snow Leopard was tuned to perfection and hardware was quite solid.

Mojave was far better than Snow Leopard ever was, it was very stable from even the first betas, Snow Leopard wasn't, only in the later versions it was stable and became on of Apple's best OS'es.
Score: 2 Votes (Like | Disagree)

Chris The Bipolarbear
This could possibly be a GM candidate as just installed on different machine and it didn’t ask to share diagnostics info
Score: 2 Votes (Like | Disagree)
Read All Comments