Rumors about upcoming Apple products are increasing as we head into March, even as the COVID-19 coronavirus continues to cause uncertainty about the timing. An entry-level "iPhone SE 2" or "iPhone 9" is widely expected in the near future, and it looks like iPad Pro, iMac, and Mac mini updates may also be coming.

Subscribe to the MacRumors YouTube channel for more videos.
Looking out a bit further, noted analyst Ming-Chi Kuo shared his thoughts on products coming through the end of 2021 that will use Mini-LED display technology, including a 14.1-inch MacBook Pro. Check out our video above and our list below for more details on this week's biggest news. 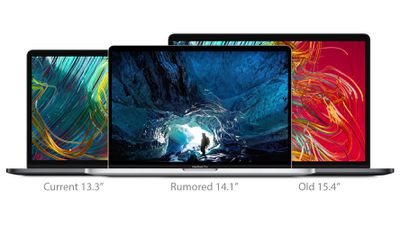 Kuo expects the new iMac Pro in particular to launch during the fourth quarter of 2020. Apple has not refreshed the iMac Pro since it was originally released in December 2017, so it is well overdue for an update.

Taiwanese publication DigiTimes echoed this information, reporting that Apple plans to launch a new 12.9-inch iPad Pro and multiple MacBook models with Mini-LED backlit displays by the end of 2020. Taiwanese LED manufacturer Epistar is expected to be one of Apple's key suppliers.

New models of the iMac and Mac mini are coming soon, according to the anonymous Twitter account CoinX, which has a proven track record.

March is a common month for Apple product refreshes, so the updated iMac and Mac mini models could be announced at any time.

Apple's suppliers will commence production of new "entry-level" AirPods Pro between the end of the first quarter and the beginning of the second quarter, according to Taiwanese industry publication DigiTimes, suggesting that assembly of the earphones will begin around early to mid April.

Details surrounding the alleged entry-level AirPods Pro remain slim. It has been speculated that the earphones could end up being third-generation regular AirPods with the same design and sound quality as AirPods Pro, but without active noise cancelation.

Apple's lower-cost "iPhone SE 2" or "iPhone 9" model has reportedly entered the final phase of production verification at an assembly plant in Zhengzhou, China, suggesting that the rumored device may be announced soon, but there is some uncertainty around timing due to coronavirus-related production delays.

Even if the lower-cost iPhone is announced in March, initial supply may be limited until Foxconn and other Apple suppliers resume normal operations and ramp up mass production in the second quarter.

Apple has agreed to pay up to $500 million to settle a class action lawsuit in the United States that accused the company of "secretly throttling" older iPhone models — a controversy known as "batterygate."

Each affected iPhone user in the class would receive $25, according to the preliminary settlement, reviewed by MacRumors. The amount could increase or decrease slightly depending on the number of approved claims and legal fees, with Apple's total payout to fall between $310 million and $500 million.

In early October, parents Lisa and Jacob Troyer took their daughter Sophie on a dream trip to Disney World. Unfortunately, on the final night of the trip, Lisa's brand new iPhone 11 fell out of her bag and landed right into the Seven Seas Lagoon near Magic Kingdom.

Nearly two months later, Lisa received some missed calls from the Orlando area. Figuring it was a telemarketer, she ignored them. Then came a call from her father-in-law, who let her know that Disney scuba divers had found her iPhone… and it still works perfectly!

terpsbball2002
I wish they would have a dedicated graphics option for the Mac Mini.
?
Score: 14 Votes (Like | Disagree)

A 14" Pro is good, but a 15" Air (or similar) is what the MacBook lineup is really crying out for. Just something to fill the full-size office productivity/ consumer notebook space.

So, they'll be just like the current AirPods Pro, whose active noise cancellation stopped working after a firmware update.

Mine still have ANC, and I have the latest firmware.
Score: 3 Votes (Like | Disagree)

dogslobber
El cheapo Air Pods? Couldn't they just, like, lower the rip off price of the current model? It's not clear how you make a cheap pair other than make them bulkier, have less play time, or make them flimsier. Apple might also do a model which stops working after 6 months due to technology obsolesce.
Score: 3 Votes (Like | Disagree)

Details surrounding the alleged entry-level AirPods Pro remain slim. It has been speculated that the earphones could end up being third-generation regular AirPods with the same design and sound quality as AirPods Pro, but without active noise cancelation.

So, they'll be just like the current AirPods Pro, whose active noise cancellation stopped working after a firmware update.
Score: 3 Votes (Like | Disagree)
Read All Comments