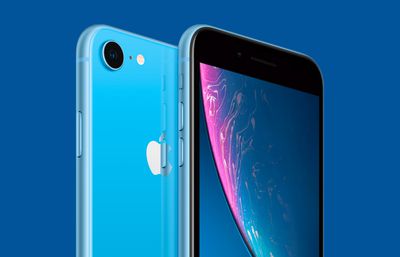 A paywalled preview of the report:

Apple is widely expected to announce an entry-level iPhone dubbed "iPhone SE 2" or "iPhone 9" within the next few months. The device is expected to resemble the iPhone 8, with a 4.7-inch LCD screen and a Touch ID home button, but with a faster A13 chip and an increased 3GB of RAM. Pricing is estimated to start at around $399 with 64GB of storage in the United States.

Last month, analyst Ming-Chi Kuo said Apple still plans to release the iPhone in the first half of 2020. Multiple reports have indicated that Apple aims to announce the device by the end of March, but those plans may change due to the uncertainty of the SARS-CoV-2 coronavirus outbreak around the world.

With major tech conferences like Google I/O and Facebook F8 having been cancelled on a physical basis due to public health considerations, it sounds increasingly unlikely that Apple will host a March event as rumored. Apple could always announce the lower-cost iPhone and other products with press releases, while offering one-on-one briefings with the media in Cupertino and New York City.

Even if the lower-cost iPhone is announced in March, initial supply may be limited until Foxconn and other Apple suppliers resume normal operations and ramp up mass production in the second quarter.

It could make sense if they market it as "iPhone 9: the missing link" or something like that. An iPhone 9 was never released and it would fit betweeen the 8 and the X if the rumored specs are true.

I love faceid and all, but i'd seriously consider ditching my iphone X for one of these if it comes with the a13 and a 256GB storage option. faceid is no fun when wearing a face mask.

nicho
I love faceid and all, but i'd seriously consider ditching my iphone X for one of these if it comes with the a13 and a 256GB storage option. faceid is no fun when wearing a face mask.
Score: 14 Votes (Like | Disagree)

Pearple
Due to the Corona-Outbreak, Apple has faced serious problems regarding shortage of Displays and Cases. In a swift manner, Apple has redesigned the components to fit in the housing of the original iPhone SE as there are still enough SE Displays and Cases available at the factories.
Score: 14 Votes (Like | Disagree)

32gb in a "new" phone is a dead duck for many.
Score: 9 Votes (Like | Disagree)
Read All Comments