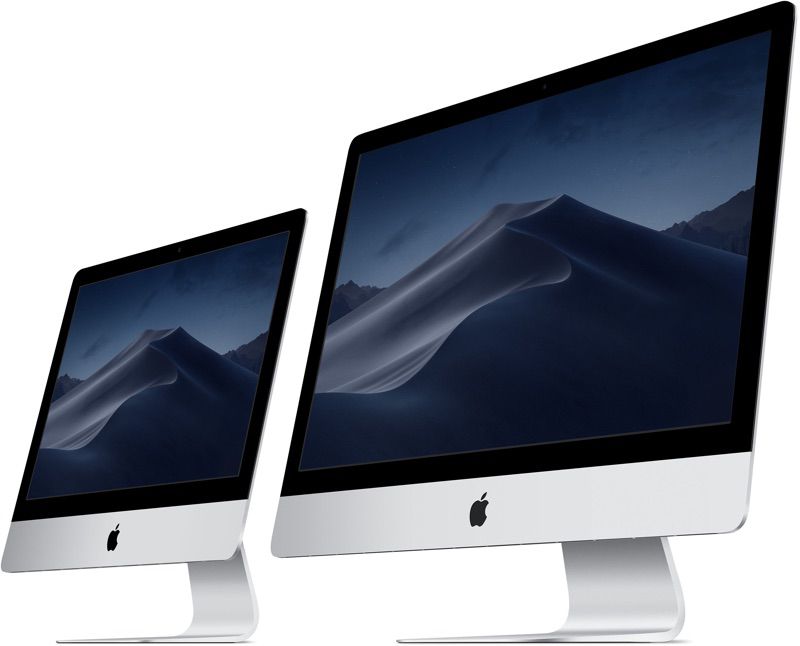 iMac and Mac mini rumors have been slim, but analyst Ming-Chi Kuo recently said a new iMac Pro will launch in the fourth quarter of 2020 with a Mini-LED backlit display. Apple has not updated the iMac Pro since it was first released in December 2017, a span of over 800 days, as noted in the MacRumors Buyer's Guide.


March is a common month for Apple product refreshes. The updated iMac and Mac mini models could be announced in a press release at any time.

CoinX has an accurate track record, having previously leaked the iPhone XS, iPhone XS Max, and iPhone XR names before anyone else, the "Pro" branding for iPhone 11 models, the 10.2-inch iPad and 10.5-inch iPad Air, and many other minor details about unreleased Apple products. It is unclear who runs the Twitter account.

maflynn
Hopefully a new design for the iMac and please, please no more 5400 rpm drives being offered
Score: 71 Votes (Like | Disagree)

Marlon DLTH :)
We need a redesign for the iMac
Score: 42 Votes (Like | Disagree)

sfwalter
Aren't we like two years too early for a Mac Mini refresh?
Score: 36 Votes (Like | Disagree)

George Zip
I'll bite on the Mac mini if they stop with the soldered-on storage.

I'd really like to see a Mac mini with accessible (and user-upgradable) internal storage & RAM. The RAM on the current one can be done but it's not as simple as spinning off the bottom anymore.

I'd also like a unicorn, as long as I'm wishing for things that I won't ever see.
Score: 32 Votes (Like | Disagree)


It's time for all of Apple's devices to standardize on SSD storage. No more spinning HDD or Fusion Drives.
Score: 20 Votes (Like | Disagree)

chrisdazzo
Please, new iMacs. I don't think I can wait any longer.
Score: 19 Votes (Like | Disagree)
Read All Comments