Apple is widely expected to release three new iPhones in the fall, and an anonymous Twitter account with a proven track record has suggested that at least one of the models will have "Pro" in its name, such as "iPhone 11 Pro." 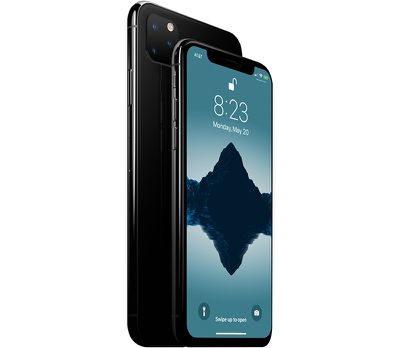 The tweet comes from a mystery account named CoinX, which has accurately leaked several details about upcoming Apple products over the past year, including the names of the ‌iPhone‌ XS, ‌iPhone‌ XS Max, and ‌iPhone‌ XR before anyone else, the removal of the headphone jack on 2018 iPad Pro models, and much more.

In this case, CoinX phrases the tweet as a rhetorical question, but the account has a perfect track record so far with all of its leaks:

For what it's worth, MacRumors received the following anonymous tip on August 4: "The square camera ‌iPhone‌ will be called the ‌iPhone‌ 11 Pro. This is fact." It would be a disservice to our readers to simply pass along any unsubstantiated tip we receive, but it is now worth mentioning in light of this tweet.

Read our 2019 iPhones roundup below for a recap of all rumors to date.

costeta
Pro for a phone? 'Pro' has lost all meaning
Score: 170 Votes (Like | Disagree)

Adam Warlock
Pro will likely refer to the price which I'm becoming increasingly certain they will raise. :-(
Score: 87 Votes (Like | Disagree)

jameswilby
I really don’t want to go back to the days when you had to buy a huge phone to get the best camera... XS and XS Max is how it should be
Score: 78 Votes (Like | Disagree)

calstanford
Makes no sense for a phone that's the 3rd iteration of the X.

Sorry but Phil Schiller and his Marketing/branding team lost it
Score: 53 Votes (Like | Disagree)
Read All Comments