Apple to Release iPad Pro Smart Keyboard With Trackpad in 2020

Apple is working on an iPad keyboard that includes a built-in trackpad, reports The Information, citing sources with knowledge of Apple's plans. 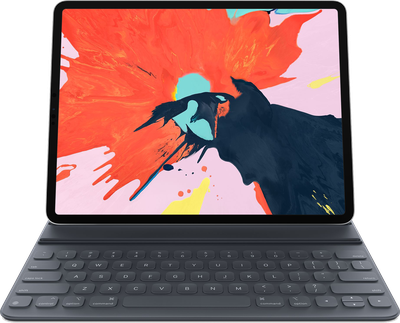 Apple has reportedly been experimenting with trackpads for the ‌iPad‌ for a "number of years." Some of the prototypes have featured capacitive keys, though it is not known if this feature is in the finished product. The Information's source says that the keyboard will be made from materials similar to those in Apple's current Smart Keyboard Folio designed for the iPad Pro.

Apple is preparing the keyboard for mass production at the current time, and is expected to release the new accessory alongside the next version of the ‌iPad Pro‌. Current rumors suggest the ‌iPad Pro‌ could be refreshed as soon as March, and Apple is expected to hold a March event (perhaps on March 31) to announce new devices.

If Apple does indeed unveil a new ‌iPad Pro‌ in March, we could see the rumored keyboard released at the same time. Up until now, all of Apple's Smart Keyboards designed for use with iPads have only featured standard keyboard keys. A version with a trackpad would need to be significantly overhauled to make space for the trackpad design.

turbineseaplane
That is called “a MacBook”
Score: 22 Votes (Like | Disagree)

Might as well get a laptop instead of this.

Not if you want laptop experience with IOS
Score: 21 Votes (Like | Disagree)

rp2011
Yay this is good news.
Love my iPad Pro, but this will be a huge plus when typing. The iPad Pro is finally starting to live up to its potential.
Score: 14 Votes (Like | Disagree)

badatusernames
I’m guessing this would require a major software update? Because the way mouse input works in iOS 13 is not “polished” as yet.
Score: 13 Votes (Like | Disagree)
Read All Comments

Tuesday May 11, 2021 5:06 am PDT by Hartley Charlton
Apple's next MacBook Air will feature a completely new design and come in a range of colors like the 24-inch iMac, according to leaker Jon Prosser, who has now released supposedly accurate renders of the new machines based on leaked images. In a new video uploaded to YouTube channel Front Page Tech, Prosser elaborated on his previous prediction that Apple's next-generation MacBook Air models ...
Read Full Article • 111 comments