Ahead of Apple's 2020 shareholders meeting, which is set to take place tomorrow, Apple has asked attendees traveling from China to make sure they adhere to the U.S. Centers for Disease Control and Prevention's quarantine guidelines. 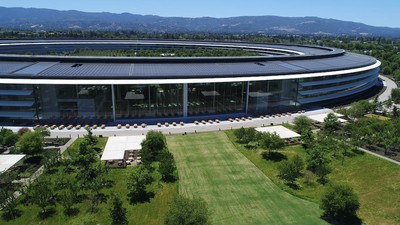 In the notice, which was shared on Twitter this morning and spotted by 9to5Mac, Apple says that it has worked in close consultation with public health experts and is following official CDC guidance.

Health and Safety Precautions
Apple is following official guidance on COVID-19 from the U.S. Centers for Disease Control and Prevention (CDC) and working in close consultation with public health experts. We ask shareholders who have traveled to China in February to ensure they have completed the required 14-day quarantine period prior to the meeting in order to attend.

Coronavirus concerns have made people wary of attending events with a large number of people. Mobile World Congress (MWC), a major event that normally takes place in February, was canceled, and upcoming events that include the Game Developers Conference (GDC) and Pax East are seeing multiple major companies drop out.

The coronavirus, known as COVID-19, has been primarily limited to China, but in recent days, infections have spread significantly in other countries like South Korea, Italy, and Iran.

Just today, the CDC warned Americans that it expects COVID-19 to spread in the United States. More than 80,000 people worldwide have contracted COVID-19, and there have been 2,700 deaths.

Shareholder meetings are not typically interesting to the general public and Apple executives share little about Apple's products. Apple CEO Tim Cook did make a few comments last year about Apple's services business and roadmap, so similar information could be shared this year, and if there's any interesting information, we'll let MacRumors readers know.

Red Oak
Apple should cancel this and just video stream it

it is nuts for the executive team to get into a room with unknown people who just flew in from China
Score: 11 Votes (Like | Disagree)

Covid19 is a lot worse than you think now. It’s almost impossible to quarantine as it spreads too fast. If it’s pandemic in the US, about 400k people will die.

Nice arbitrary analysis with a side of speculation.
Score: 9 Votes (Like | Disagree)

magicschoolbus
First swine flu, then bird flu, then the Ebola virus, now this one.
Every few years like clockwork.
It will pass.
The world will be fine.
Score: 6 Votes (Like | Disagree)

Covid19 is a lot worse than you think now. It’s almost impossible to quarantine as it spreads too fast. If it’s pandemic in the US, about 400k people will die.

Actually, the current death rate as reported is 2.3%. So, your numbers are way off. It's looking more like 750,000 would die in a full blown US outbreak.

That's assuming 100% infection rate.
And the 2.3% is only for mainland China. The rest of the world has a lower mortality rate vs number infections.
Score: 4 Votes (Like | Disagree)

Part of the reason COVID-19 is spreading more rapidly than SARS or MERS is that its symptoms are much milder for most people. The majority of cases are said to cause moderate cold or flu-like symptoms, with people able to go to work, walk around, and travel. Also, many people appear to be contagious well before they start to feel sick, so it's hard to contain.

SARS and MERS were much more severe, basically knocking people down from the moment they fell ill, making it much easier to control, but also much deadlier. From the time you get SARS or MERS, you are in a battle for your life. With COVID-19, it's deceptively mild so it's easy to spread. I believe the 2-3% mortality rate from China is probably overall accurate. I also think the majority of fatal cases will be in the elderly and people with compromised health. Not that it makes it any less worrying.
Score: 3 Votes (Like | Disagree)

I feel like they should have posted/provided this guideline two weeks before the meeting, not 24 hours.

People who fall into the category already knew they were supposed to remain in quarantine. This is just apple's polite way of saying "do what you were supposed to do."
Score: 3 Votes (Like | Disagree)
Read All Comments