Apple has been in an ongoing legal fight with Gerard Williams III, who worked at Apple until February 2019 when he left to start up a new company called Nuvia with other Apple developers.

Williams was Apple's lead chip designer, working on the A7 to A12X chips that Apple used in its mobile devices, and his new company develops processors for use in data centers. Apple first sued Williams in August 2019, claiming that his contracts with Apple prevented him from engaging in business activities that are directly related to Apple's business. 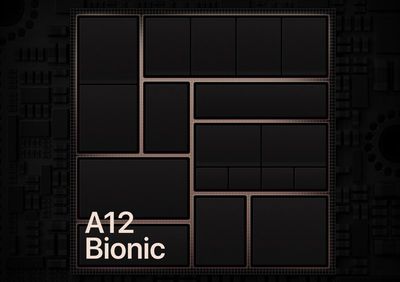 Since then, Williams has claimed that Apple invaded his privacy and monitored his texts, while Apple complained that Williams had been planning and developing Nuvia while still at Apple, and also soliciting Apple employees.

In January, Williams tried to get the lawsuit brought against him by Apple rejected by the court, but he was unsuccessful, and now he's back with a new claim that Apple has been recruiting engineers from Nuvia.

According to Bloomberg, Williams says that Apple is aiming to lure his staff away and is also preventing its own employees from leaving to pursue their own ventures. He claims that Apple's lawsuit against him for breach of contract aims to "suffocate the creation of new technologies and solutions by a new business, and to diminish the freedom of entrepreneurs to seek out more fulfilling work."

He goes on to accuse Apple of improperly deterring employees "from making even preliminary and legally protected preparations to form a new business - whether competitive or otherwise."

There has been no final word on whether the case will progress to trial yet, though a judge has already dismissed Apple's bid for punitive damages against Williams as Apple failed to show how Williams intentionally tried to harm the company by being disloyal.

Gasu E.
I've encounter these types of complaints in my previous high tech career and my general observation is: there is no general observation. You really need to know the intimate details of the specific case-- sometime it's the company that is in the right, and sometimes it's the ex-employee.
Score: 41 Votes (Like | Disagree)

Mr. Dee
So Apples policy is if you previously worked at the company, you should go bake cookies for a living and maybe work on a farm?

I believe him too, because I was following a thread about former Apple employees who were nowhere near this guys level of power, they couldn’t even develop an app on the side, have a YouTube channel or do anything related to tech outside of Apple. Sorry, but Apple needs to be reigned in, Steve Jobs use to work at HP and so many other employees who worked at different tech companies before joining Apple.

The fact that you can’t do it the other way is ridiculous.
Score: 31 Votes (Like | Disagree)

He claims that Apple's lawsuit against him for breach of contract aims to "suffocate the creation of new technologies and solutions by a new business, and to diminish the freedom of entrepreneurs to seek out more fulfilling work."

With, admittedly, not having any details on this besides the MR article, offhand this... sounds like he's complaining that it's terrible that he has to abide by the terms of a non-compete clause in a contract that he willing signed to take the job at Apple.
Score: 20 Votes (Like | Disagree)

sounds like he's complaining that it's terrible that he has to abide by the terms of a non-compete clause in a contract that he willing signed to take the job at Apple.

In California, non-compete clauses are generally void. There is more to this story than just that.
Score: 19 Votes (Like | Disagree)

needsomecoffee
There is an incredible interview with Woz in which he talks a lot about how being able to work on the first Apple while at HP was super critical. (Jobs also had his own job not just working on Apple.) Woz went about this the right way, offering HP the opportunity first (they denied). Ironic, though, that Apple is now so focused on denying employees the freedom to do side projects (alluding to comments above more so the legal case) given the freedom HP gave Woz is the reason Apple exists. Read the article as this summary is very light. Link:

Baymowe335
I work at a Fortune 15 company. This is almost always an example of sour grapes.
Score: 14 Votes (Like | Disagree)
Read All Comments