Apple Pay could account for 10 percent of global card transactions by 2025 and pose a serious challenge to rivals like PayPal, according to recent trend data compiled by research firm Bernstein. 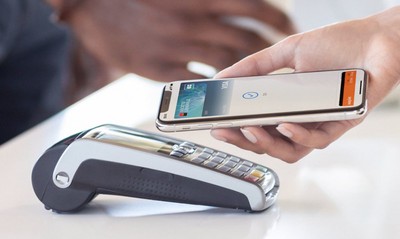 Drawing from the data, Quartz reports that ‌Apple Pay‌ currently accounts for about 5 percent of global transactions. If that growth trend continues, it may well become a long-term competitive threat to PayPal – and could even end up competing with Visa and Mastercard if it chose to set up its own payments network much further down the line.

‌Apple Pay‌ probably won't pose a challenge to the card giants anytime soon. While the tech company could, in theory, create its own network that runs outside the card systems, Bernstein argues that Apple still needs the card networks, which are ubiquitous and trusted. Visa and MasterCard, meanwhile, are used to dealing with partners (traditionally large card-issuing banks) with the kind of scale that even ‌Apple Pay‌ could muster.

The same may not be true for other wallets. "‌Apple Pay‌ is indeed one of the long-term competitive threats to PayPal," Bernstein analysts wrote. For now, PayPal has a commanding lead in the world of online checkouts, and also benefits from network effects that have been building up since the turn of the century. But Apple and PayPal could end up competing for the same turf in the coming years.

Apple's advantage over other digital payments includes its pre-installed Wallet app for iPhone and its tight control over the NFC technology contained within the device that can process contactless payments.

However, that tight control could cause headaches for Apple if it is perceived as a way to block competition. Apple argues that its policies are strictly for security purposes, but it has already run into difficulties in Australia, where big banks want access to the iPhone's NFC function for a competitive level playing field.

The company has also faced a backlash in in Germany, where a parliamentary committee recently passed an amendment to an anti-money laundering law that could force Apple to open up the NFC chip in iPhones to competing mobile payment providers.

In November 2019, the European Union's competition commissioner Margrethe Vestager acknowledged that her department has received "many concerns" over ‌Apple Pay‌ and potential anticompetitive issues.

djcerla
100 percent of my credit card transactions are now done via Apple Pay on my Watch. Still have physical cards in my (increasingly small) ('https://bellroy.com/products/card-pocket/default/racing_green') wallet "just in case" but they are unused since long, long time.

Add to that things that were previously paid with coins (parking tickets, serving machines).

gnasher729
I wonder if there are any numbers out about fraud with Apple Pay. Since the merchant or rogue employees don't have any access to your actual card, fraud numbers should be reduced.
Score: 7 Votes (Like | Disagree)

Classie
I understand the concern about monopolization and locking out competitors and banks. But I don’t care. There are no other company/government I want to give this responsibility to - Apples track record speaks for it self.
Score: 7 Votes (Like | Disagree)

alpi123
I wish you didn't need to be in the US to send or receive money from friends.
Apple needs to create a real PayPal competitor, because they su.. a...
Score: 6 Votes (Like | Disagree)

I use my Apple Card on a daily basis..

Apple continues to add merchants that give 3% cash back - Uber, Walgreens, etc.

This article isn't about Apple Card. It is about Apple Pay (where you use your iPhone or Apple Watch to pay with your Visa card).
Score: 5 Votes (Like | Disagree)
Read All Comments

Friday May 7, 2021 1:51 am PDT by Tim Hardwick
An early look at an ongoing analysis of Apple's App Tracking Transparency suggests that the vast majority of iPhone users are leaving app tracking disabled since the feature went live on April 26 with the release of iOS 14.5. According to the latest data from analytics firm Flurry, just 4% of iPhone users in the U.S. have actively chosen to opt into app tracking after updating their device...
Read Full Article • 173 comments