Apple intends to donate money in support of groups fighting the outbreak of the Coronavirus in China, Tim Cook said on Saturday. 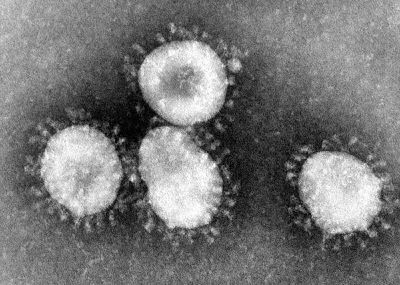 Electron micrograph of coronavirus virions
In a morning tweet marking the Luna New Year, the Apple chief said the company will be "donating to groups on the ground helping support all of those affected."

A coronavirus is a family of viruses that include the common cold, but this particular virus has never been detected before. Medical doctors have subsequently named it 2019-nCov, for "novel coronavirus."

The new virus causes severe acute respiratory infection. Since its discovery in the city of Wuhan in Hubei Province, it has killed at least 42 people and infected 1,372 across China.

On Saturday, Australia confirmed its first four cases in Melbourne, followed by three more in Sydney. Two cases of 2019-nCoV have been discovered in the United States. It has also spread to Europe, with three cases confirmed in France.

The cases largely involve people who had recently travelled from the affected region in China.

As people in China and around the world celebrate the Lunar New Year, we send our love and support to the many impacted by the Coronavirus. Apple will be donating to groups on the ground helping support all of those affected. — Tim Cook (@tim_cook) January 25, 2020

Apple often provides donations during natural disasters and catastrophes. The company recently made a donation pledge to support fire fighting efforts in Australia, where bushfires have been burning after one of the worst droughts in history and record-breaking heat waves.

I wonder if Cool would have done the same if such an out real happened in the US? Like I always say, he is a kiss ass to China

When it comes to getting people sick, isn't it better humankind band together than pretend no threat exists?
Score: 20 Votes (Like | Disagree)

If that virus makes its way over to the factory in China where most iPhones come out of and the government puts that factory into Quarantine then Apple is screwed. Apple from there would be an easy short with production/manufacturing coming to a stop.

Yes, of course, that is the most important issue here. /s Where is your head at??
Score: 9 Votes (Like | Disagree)

Including moving production out of China. But India and Vietnam are fine with it ?

No matter how much China kisses up to Cook, that trend will continue as assembly becomes increasingly more expensive in China.

Time will tell. But for now. Apple is extremely dependent on China. China could destroy Apple if they decided to stop all production.
Score: 4 Votes (Like | Disagree)

I7guy
This virus seems like the next bad news in infectious diseases. Anything to help to contain this virus is welcome.
Score: 4 Votes (Like | Disagree)

Imagine if the virus can live in the apple bionic chips, then there would be millions of people contaminated by that in short amount of time. That’s scary.

Imagine if the Sun exploded. Or rather turns into a red giant 5 billion years from now, expanding past the orbit of Mars. Billions of people dead in less than 10 minutes—if we’re even still around by then.

Yes, of course, that is the most important issue here. /s Where is your head at??

Of course human lives matter more than iPhones, but I think it’s safe to assume that there will be a meeting at Apple to address the negative ramifications of a forced factory closure in China if this outbreak escalates. It’s possible the meeting may have already occurred. So in that context, this may be the most important issue at Cupertino at the moment (not that they would actually say that for PR reasons).
Score: 3 Votes (Like | Disagree)
Read All Comments