For the last two months, bushfires have been burning across Australia due to one of the worst droughts in history and record-breaking heat waves. More than nine people have died and more than 800 homes have been destroyed. Koalas and other wildlife have also been impacted by the ongoing fires. 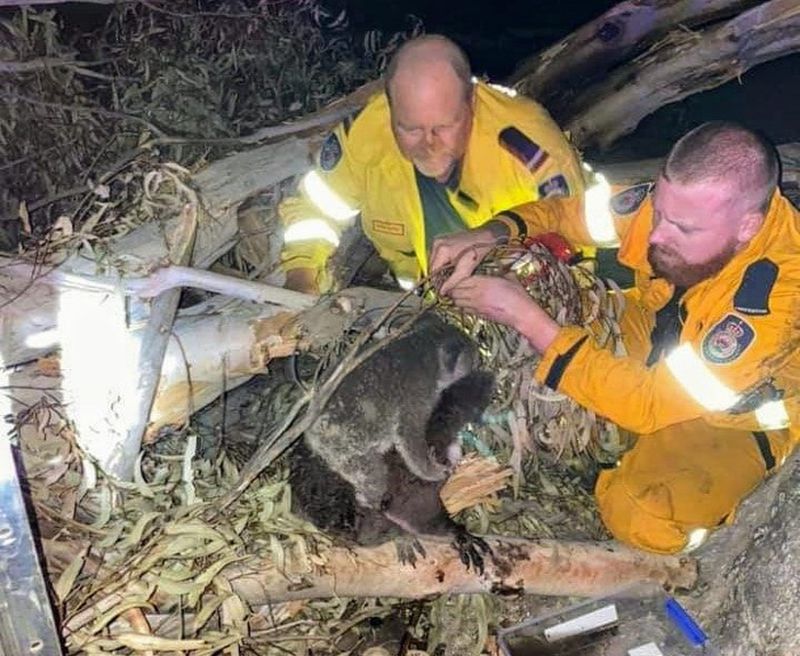 More than nine people have died and more than 800 homes have been destroyed. Koalas and other wildlife have also been impacted by the ongoing fires.

Our hearts are with those impacted by the Australian bushfires and with the courageous volunteer force fighting the unprecedented blazes across the country—please stay safe. Apple will be donating to support relief efforts.


Australia has more than 1,500 firefighters working to extinguish fires threatening homes near Sydney. Half of the bushfires in Australia have been contained as of this week, but the country is facing another heat wave and there are severe fire danger ratings in South Australia.

Apple often provides donations during major disasters and most recently donated money to help fight the wildfires in California.

GrumpyMom
It’s been horrific, all the suffering and death the wildfires have wrought on humans and pets and wildlife all over the world, especially the last few years where the scale of the fires has been incredible and among the worst I’ve ever seen.

I’m kind of at a loss for words, but just wanted to pay my respects and to acknowledge that the people who have been fighting these fires and rescuing people and animals and homes are real heroes and have true courage. I’m glad Apple is doing something.
Rating: 12 Votes

And will surely catch flak for doing so. Some must complain when Apple does anything that doesn’t benefit them personally. Personally, I think it’s a nice gesture, and the contribution can only help. If I were one of those directly affected, I’d appreciate it even more.

Yeah...sadly, it's just another opportunity for the perpetually unhappy to dump on Apple for their efforts and contributions. No amount will ever be enough.

What's really awful is using a natural disaster where people and animals have lost their lives as a stage to crap on Apple.
Rating: 6 Votes

MacMarino
This year for Christmas, instead of spending money on presents, I asked family members if it was possible to use the money that would have been spent on them on the Country Fire Services instead. Many volunteers have been battling the fires locally in South Australia and no money comes from the government to further assist them in their heroic efforts. So to see Apple contribute to this effort is indeed marvellous and heartfelt. Whether for altruistic purposes or business reasons, at the end of the day, it will be money available to all those that have been affected by the fires and those that have had to spend the harrowing 40 degree + days fighting the fires on our behalf.

Chundles
Over 5 million hectares now (19300 square miles for the US folks) have burnt this fire season. The fires are too big to extinguish and no rain is likely until at least February. We’re also a good month or so away from the hottest time of the year.
Thanks Apple for the donations, it all helps and we need it.
Rating: 6 Votes

Just in time for end of year tax donation write-offs.

Well if Apple can do something useful with the money instead of giving it to the government that's a win-win.
Rating: 5 Votes

ryanwarsaw
Alright I'll be that guy before that guy walks into this thread. That incompetent, dastardly Tim Cook running around wasting time and money on social issues again. He should be in the lab redesigning a new mini.
Rating: 4 Votes

<snip>
Apple is donating directly towards dealing with the disaster.


And will surely catch flak for doing so. Some must complain when Apple does anything that doesn’t benefit them personally. Personally, I think it’s a nice gesture, and the contribution can only help. If I were one of those directly affected, I’d appreciate it even more.
Rating: 4 Votes

mpainesyd
The areas burnt out by bushfires is staggering. Here is a snapshot of part of New South Wales - the grey areas are where fires have been or are still active. It is incredible that the Australian government is resisting calls to compensate the wonderful volunteer fire fighters. Normally these people spend a few days of the year fighting local fires but most have spent weeks this fire season already - unpaid unless they have very generous employers.