Dave Bautista, known for his role as Drax in "Guardians of the Galaxy," has signed on to star in the second season of Apple TV+ series "See," reports Deadline.

Bautista will star alongside Alfre Woodard and Jason Momoa, who were in the first series of the show. "See," for those who haven't watched, is a sci-fi series that takes place in the future. 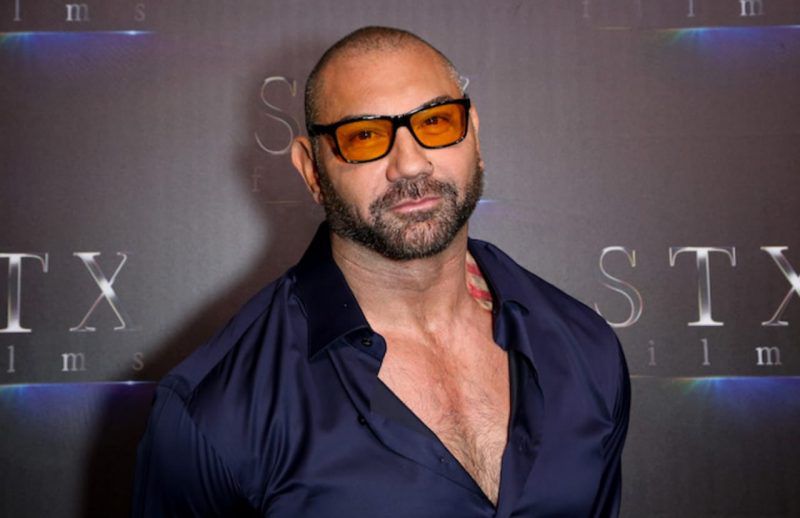 Image credit: Matt Baron/REX/Shutterstock
Everyone has gone blind because of a deadly virus, but the children of Baba Voss (Momoa) have the now-mythic gift of sight and must be protected.

Along with his role in multiple "Guardians of the Galaxy" and "Avengers" movies, Bautista is also known for his time in the World Wrestling Federation in the early 2000s. He has also been in movies that include "Riddick" and "Blade Runner 2049," but "See" will be his first major television role.

Apple renewed several of its TV shows for second seasons in November, including "See," "For All Mankind," "Dickinson," and "The Morning Show." There's no word yet on when the second season of "See" will premiere.

Glockworkorange
Steroids are a helluva drug...lol.
Score: 6 Votes (Like | Disagree)

IVYHILL
I was disappointed Season 1 was only 8 episodes. It ended with me expecting 2 more episodes and was surprised it was just 8. Hope Season 2 is better. Really exciting show!
Score: 4 Votes (Like | Disagree)

SEE was the worst show that came out on ATV+. Great potential but awful story and execution. Cinematography was beautiful though. Shame it was the only thing.

I’ve only watched the first half hour of ep one but I must say I was thrilled. It was really exciting. Although I was bored stuck on a train so I don’t know if it would’ve been different if I had purposely sat down to watch it on an evening for planned entertainment.
was curious to wonder how a show where everyone was blind was possibly going to work but so far it’s been a real surprise. The opening fight sequence was insane. Did not expect that. Super high production value.
Same thing with the morning show. Thought I would hate. Ended up loving it. Apple deserve so much more credit for what they’ve done.
Score: 4 Votes (Like | Disagree)

I hope he plays a good guy.

I’m guessing he will be his brother?

Unfortunately, it’s one or the other.

[SPOILER] Edo Voss, brother of Baba Voss is the General that Jerlamarel is working for. [/SPOILER]
Score: 3 Votes (Like | Disagree)

Freida
SEE was the worst show that came out on ATV+. Great potential but awful story and execution. Cinematography was beautiful though. Shame it was the only thing.
Score: 3 Votes (Like | Disagree)

AppleHealth
I enjoyed SEE but I needs better writing. The story needs to have more of a point in season 2.
Score: 3 Votes (Like | Disagree)
Read All Comments