Apple Renews 'See,' 'For All Mankind,' 'Dickinson,' and 'The Morning Show' for Season 2

Thursday November 7, 2019 1:22 pm PST by Juli Clover
Apple TV+ has been out for less than a week, but Apple has already renewed several of the first TV shows that launched on the service. 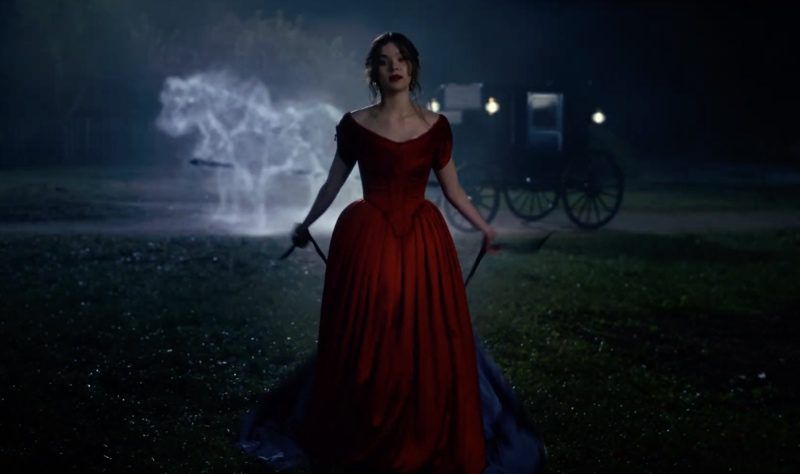 Several of Apple's TV shows like "The Morning Show" and "See" received less than stellar reviews from critics, but they seem to be faring better with viewers. On Rotten Tomatoes, for example, "See" has a critic score of 41 percent (rotten), but an audience score of 83 percent. "The Morning Show" has a critic score of 62 percent and an audience score of 95 percent, and similar scores can be seen for most of Apple's TV shows.

Apple has not provided details on how many people have signed up for an ‌Apple TV‌+ subscription nor how many views its shows have received so far, but Variety says that sources "close to Apple" claim the service has drawn "millions of users" spending more than an hour on the ‌Apple TV‌+ platform.

Apple insiders are said to be impressed by the "volume of activity" on the platform and that most viewers who watched one episode of one of the four main series watched at least one or two more. Apple is said to believe that those metrics suggest viewers are responding well to the shows, leading to the renewals.

Apple on Friday will release new episodes of "See," "For All Mankind," and "The Morning Show" as these shows launched with just three episodes available. All of "Dickinson" has been made available to watch on the platform.

Apple is providing customers with a free 7-day trial for ‌Apple TV‌+, which is priced at $4.99 per month or $49.99 per year. Apple is also offering all customers who purchased an ‌Apple TV‌, iPhone, iPad, Mac, or iPod touch after September 10 one free year of access to ‌Apple TV‌+.

MikeKlump
I may be alone in this but I genuinely enjoyed the first 3 episodes of See. I thought it was beautifully shot and the plot is very unique. Action sequences are well done and I can see the two kids ability to see being like a super power in a cool and unique way in future episodes. Excited for more. Also Snoopy In Space is phenomenal.
Rating: 26 Votes

Said it BEFORE, I'll say it again.

ATV+ will be a $5B USD annual loss until they decide to kill it, perhaps 3-4 years from now.

The first two episodes of "See" get a D- grade !

About equal to the last (horrible) season of Game of Thrones.

GoT was a solid A up-until their last season, with some episodes A++ !

Does every single Apple TV+ show update need a front page headline on Mac Rumors? Maybe I'm wrong, but people aren't coming to this site for Apple TV+ news, are they?


It’s Apple related news either way you look at it
Rating: 12 Votes

antricparticle
Doing otherwise would have been an admittance that these shows are not good.
Rating: 11 Votes

Herrpod
Good, the last thing they should do is show the audience that they're not willing to stick with a show.
Rating: 9 Votes

Moonlight
Ooooooooo, its sooooo popular to say I hate ATV+ even though I haven't watched even a single full episode.... I am soooooo cooooooooool. :rolleyes:
Rating: 9 Votes

calzon65
Good value at that price compared to HBO, Showtime, etc. If they just have one hit show like a Game of Thrones, they will make a fortune. I can't stand watching network television any more with their commercials and horrible production value.
Rating: 8 Votes

Amazing Iceman
People will complain, critics will criticize... at least for a while.
Then everyone will change their minds later, and get hooked on the shows.
Rating: 8 Votes

Pepe4life
I was skeptical at first, but most of the tv+ shows have impressed me so far. Oh and the streaming quality is way better than Netflix.
Rating: 6 Votes