All of the new TVs offer support for AirPlay 2 and HomeKit. With ‌AirPlay‌ 2 support, the new TVs will be able to interact with other ‌AirPlay‌ 2 devices such as the HomePod or ‌AirPlay‌ 2-enabled speakers for multi-device whole home audio. 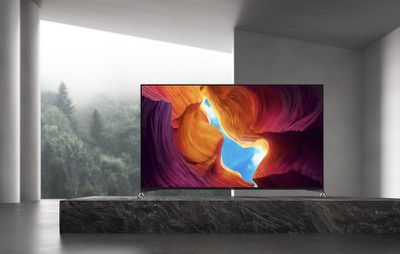 ‌HomeKit‌ support allows the Sony TVs to show up in the Home app and respond to Siri voice commands for doing things like changing volume and turning the TV on and off.

Sony started rolling out ‌HomeKit‌ and ‌AirPlay‌ 2 support to some of its existing 2018 and 2019 TVs in December, but the 2020 models will support it out of the box. While the 2020 TVs will support ‌AirPlay‌ 2 and ‌HomeKit‌, there is no mention of Sony introducing the Apple TV app on Sony TVs.

According to Sony, the 2020 TV lineup will include features that have previously been limited to the MASTER series models, with the company aiming to deliver a more immersive viewing experience. Features will include Sony's Picture Processor X1, Triluminos Display, Sound-from-Picture Reality, Netflix Calibrated Mode, and IMAX Enhanced for an IMAX experience at home.

A new feature called Ambient Optimization is also included for optimizing picture and sound quality in any environment, and all of the new TVs will use Sony's new Immersive Edge design concept with a minimalist stand.

TV sizes will range from 48 inches to 85 inches, with full details on each TV available via Sony's press release. Sony plans to introduce these TVs in the spring of 2020, and pricing will be available at that time.

Baymowe335
We can't even get 1080P content consistently and there is 8K.

outskirtsofinfinity
What the heck is a "TV"? Do they mean "display" or "panel"? Or does it really have a RF tuner built-in?
Score: 6 Votes (Like | Disagree)

SDJim
The best thing about this is that AirPlay 2 and HomeKit are super useful, and including them on these high-volume, high-penetration products is going to encourage other companies to find ways to integrate. I'm very excited for the future of HomeKit and AirPlay.
Score: 4 Votes (Like | Disagree)

Yeah, It’s going to be a while for here until we can watch every sports game in 4K. 8K content will eventually come to the masses but in my opinion will be limited to streaming services like NETLIX. Though I‘ve heard the 2020 Olympics will be in 8K and a broadcasting company in Japan has made the the permanent switch to 8k. Not sure what percentage of Japanese have an 8K set though. 8K for the viewer from what I’ve heard is only really good for TVs 75” or larger.

Not much good have 8K and compressing it to 1080i quality, which is what we currently get with 1080p over the air. When we sampled cable a few years ago, it was just as bad. It will be 10 years before the internet will be capable of 8k without crippling compression.
Score: 4 Votes (Like | Disagree)

What the heck is a "TV"? Do they mean "display" or "panel"? Or does it really have a RF tuner built-in?

Is there any one who prefers Sony TVs? I don't believe they manufacture their own displays. Sony has been out of the electronics game. I believe they are selling on the inertia of 90s brand quality.

I do. I feel their designs are better ..... nearly as important as the screen quality for me, as it is a large object that is not on all the time.
Score: 4 Votes (Like | Disagree)
Read All Comments