Apple won't be hit with hefty tariffs on the iPhone, iPad, and MacBooks as U.S. President Donald Trump this afternoon signed off on a trade deal with China.

Speaking in a note to investors shared by Bloomberg, Wedbush Securities analyst Dan Ives said that the new tariffs could have added approximately $150 to the price of iPhones during the holiday season. 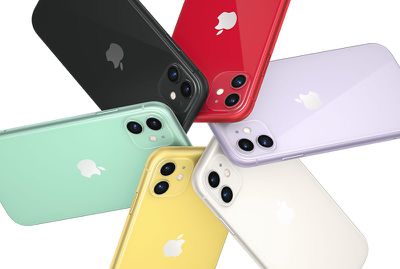 "Trump delivered an early Christmas present to Apple. If this tariff went through it would have been a major gut punch for semi players/Apple and could have thrown a major wrench into the supply chain and demand for the holiday season."

If Apple absorbed the cost of the tariffs, the company's earnings per share would have shrunk by approximately four percent, according to Ives. Raising prices could have caused ‌iPhone‌ demand to shrink by an estimated six to eight percent in 2020.

Apple is paying tariffs on the Apple Watch, AirPods, iMac components, and HomePod speaker, which could potentially be eliminated now that a deal has been reached. Apple in November also applied for tariff waivers on these items.

The tariffs that were avoided today were originally set to be put in place in August, but were delayed until December 15 to give the U.S. and China more time to reach an agreement.

Apple CEO Tim Cook has been speaking with Trump about the tariffs, and in August reportedly made a "good case" arguing that tariffs would put Apple at a disadvantage with rivals like Samsung. Apple earlier this year also sent a letter urging the Trump administration not to proceed with the tariffs.

Cook in late October said that he was confident the United States and China would resolve the trade dispute. "I don't know every chapter of the book, but I think that will eventually happen," said Cook.

jarman92
Does MacRumors know something nobody else does? There is no "trade deal"...the US and China agreed on an outline to a potential deal that resolves some trade disputes. This has also happened like 6 times before, and it was just Trump bloviating as usual.

I love this president.

All the people saying that Tariffs were wrong, and yet China finally caved. Lmao.

Best part as it has had zero effect of the consumer

Did you actually educate yourself on this story, or do you just respond to everything by verbally fellating Trump? Nobody said anything about China caving...for all we know, Trump caved. There aren't many details about the terms of the potential deal.
Score: 33 Votes (Like | Disagree)

Someone over at The Post sure seems to have a differing opinion! ;0)

TLDR;
FROM LINKED ARTICLE:
“On Thursday, the Wall Street Journal reported the Trump team caved on that huge point...”

As if you expect the Amazon owned Washington post to be impartial. post has put out dozens of false stories before.

Even Tim is smart enough to see past the anti-trump hate. I’m sure he’s tired of China trying to steal intellectual property - which is a huge part of the trade deal with China.
Score: 20 Votes (Like | Disagree)

Amacfa
I love this president.

All the people saying that Tariffs were wrong, and yet China finally caved. Lmao.

Best part as it has had zero effect of the consumer
Score: 18 Votes (Like | Disagree)

NickName99
Trump got us into this tariff mess, I’m curious to see if we ultimately end up in a better or worse position for it.

I feel especially bad for all the US farmers who have lost relationships with Chinese buyers over the tariffs.
Score: 18 Votes (Like | Disagree)

mannyvel
China has been reaping the benefits of open markets without opening its markets up as much. That's been the goal of this trade round. Previous politicians were afraid of upsetting China due to an unrealistic view of China's actual power.

Trump probably burned 1-2%/year of GDP growth for this deal, but it should be worth it in the long run. Good timing, since you want to start a trade war when you're doing well. Nobody notices growth that doesn't happen.