As part of an antitrust probe, the U.S. House Judiciary Committee sent a letter to Apple in September with questions about its policies for the App Store, product repairs, and more. Apple has since responded, and while many of the responses are predictable, the letter reveals a few noteworthy details. 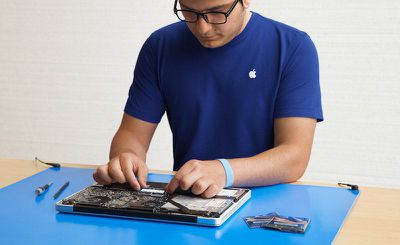 For example, when asked to identify the total revenue that it has derived from repair services since 2009, Apple said "the costs of providing repair services has exceeded the revenue generated by repairs" in each year over that period.

Apple also said it has invested "billions of dollars" in Apple Maps since the app was released in 2012. Apple is currently in the process of revamping its Maps app with much more detailed mapping data, with the improvements now available in 27 states fully and another six states partially.

Apple defends many of its policies throughout the letter. For example, Apple says third-party web browsers on iOS devices must use its WebKit framework due to user privacy and security considerations. Apple gives a similar explanation for why third-party apps cannot be set as default on iOS devices.

The full letter can be read here.

calzon65
Like I'm going to believe Apple is going to do something at a loss :rolleyes:
Score: 41 Votes (Like | Disagree)

redheeler
Maybe if you include in-warranty repairs, like all the Butterfly keyboard top case replacements that have happened since 2016. The problem is that the cost of some of the out-of-warranty repairs is absurd.

$169 for a new screen on an iPhone 6s Plus, the entire device is worth barely $200 on the used market. Some people will choose to buy a new iPhone at that point, and this is a way Apple indirectly profits from high repair costs that can't be easily measured.
Score: 32 Votes (Like | Disagree)

Brian Y
As someone who has worked as a Genius - I call BS.

Sorry, but charging more than the cost price of an iPhone to repair a minor fault, which they then repair and send back out - is profit making.

Also - the prices of some of the service parts are atrocious. We used to charge like £350 for a failed iMac HDD.

Effectively what they do is charge far more than (new) retail for refurb parts, and only warranty them for 90 days. labour costs are minimal considering most geniuses make < £10/hour.
Score: 30 Votes (Like | Disagree)

BGPL
This is more than a little hard to believe, with their cost of fixing a display. And third party "fixit" stores are selling displays and doing the repairs for cheaper, and still making money - and they don't have access to Apple's supply lines. It doesn't make any sense, I'm calling rubbish.
Score: 29 Votes (Like | Disagree)

xizdun
Lies, Apple! The same way Apple did not benefit from throttling iPhone batteries? What utter lies, Apple. Shame on you, Tim Cook.

Does Apple not profit from selling AppleCare+ insurance by selling poorly protected hardware? Which other tech company sells its own-brand insurance alongside its hardware [as prominently as Apple]?

Apple benefits from making hardware more difficult to repair and easy to damage (with dust and spills). Customers opt to purchase new hardware instead of repairing their existing Apple hardware.

My wife spilled water onto the keyboard of her MacBook Air a couple months ago, and the MBA turned off within seconds. While researching the issue online, I discovered Louis Rossmann on YouTube and follow him closely now. I took the device to Rossmann based on his transparency.

He makes no secret of his hate for Apple and how difficult, and sometimes impossible, Apple has made it for independent repair/service providers to fix Apple hardware, namely MacBooks.

Watch and learn: How Apple is shaping the future of repair.

citysnaps
That repair costs exceed repair revenue doesn't surprise me at all.
Score: 15 Votes (Like | Disagree)
Read All Comments

Sunday February 5, 2023 6:06 am PST by Hartley Charlton
A new version of the Mac Studio with the "M2 Ultra" chip is unlikely to arrive in the near future, according to Bloomberg's Mark Gurman. In the latest edition of his "Power On" newsletter, Gurman explained that since the upcoming Apple silicon Mac Pro is "very similar in functionality to the Mac Studio," Apple may wait until the release of M3- or M4-series chips to update the machine, or...
Read Full Article • 460 comments