Apple has been struggling to add new subscribers to its Apple News+ service that launched in March, according to a new report from CNBC that cites people familiar with ‌Apple News‌+.

When ‌Apple News‌+ debuted, Apple signed on approximately 200,000 subscribers within 48 hours, but has not had luck attracting many new customers. The subscriber count has not "increased materially from its first couple of days," based on information from CNBC's sources. 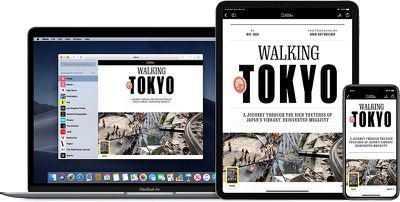 ‌Apple News‌+, which offers up access to magazines and newspapers for $9.99 per month, was promoted at launch, but Apple has not been heavily marketing it since then. Despite this, Apple is said to be committed to improving ‌Apple News‌ for years to come.

Publishers who thought the service would bring in more revenue are "disappointed" with poor sales. Apple takes 50 percent of the revenue from every ‌Apple News‌+ subscriber, while the rest of the money is doled out to publishers based on the amount of time that subscribers spend reading their content.

A Bloomberg report from earlier today suggested Apple is considering a bundle that would include Apple Music, Apple TV+, and ‌Apple News‌+ for one monthly price, which could potentially make ‌Apple News‌+ more appealing because other services would be available alongside it. Such a bundle could be released as early as 2020.

Who wants to pay to feel fear, anger and negativity?

Thats why my news is Macrumors! ?
Score: 61 Votes (Like | Disagree)

JWD
Not surprised. I predict TV+ will have the same challenges. As of now, I do not plan to renew my free 1 year trial.
Score: 44 Votes (Like | Disagree)

tritian
I dropped it. The magazines were not great. The News+ service limited stories that I wanted to follow. Example: Seeing a story on LA Times (my local paper) that I wanted to tag and read later, that story could not be found in AppleNews+. No amount of searching would display it. I dont need Apple deciding which news stories I can even search for from a source.
Score: 36 Votes (Like | Disagree)

jayducharme
Maybe it's a reflection of the times we're in. Fewer people read, and even fewer people care about "news" (in the journalistic sense). People now seem to be attracted to articles that feed into their own world view. And there's plenty of that content currently free online.
Score: 25 Votes (Like | Disagree)
Read All Comments