U.S lawmakers on Friday sent a letter to Apple CEO Tim Cook expressing concern over Apple's decision to remove the HKMap Live app from the App Store after complaints from the Chinese Government.

The letter [PDF] calls Apple's removal of the HKMap Live app "disappointing" and points out a prior quote from ‌Tim Cook‌ that reads "At Apple, we are not afraid to say that our values drive our curation decisions." 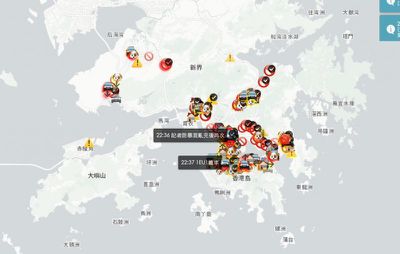 The HKMap Live app, which was used by protestors in Hong Kong to crowdsource information about street closures and police presence, was pulled from the App Store in early October.

Apple later reversed course and approved the app, allowing it back into the ‌App Store‌, but after China accused Apple of "protecting rioters," Apple removed the app once again and it has remained unavailable.

According to U.S lawmakers, the HKMap Live app lets peaceful demonstrators to share locations to keep out of harm's way. Apple, says the letter, has also censored "at least 2200 apps in China," including VPN apps and apps made by and for "oppressed ethnic minorities."

The letter goes on to accuse Apple of complicity in China's efforts to block change, and questions whether Apple is willing to bow to Chinese demands to avoid losing access to Chinese consumers.

You have said publicly that you want to work with China's leaders to effect change rather than sit on the sidelines and yell at them. We, too, believe that diplomacy and trade can be democratizing forces. But when a repressive government refuses to evolve, or, indeed, when it double down, cooperation can become complicity.

The Chinese government is growing more aggressive in its attempts to dictate terms to U.S. corporations, as last week's headlines involving Apple, the National Basketball Association, and Activision Blizzard make clear. Cases like these raise real concern about whether Apple and other large U.S corporate entities will bow to growing Chinese demands rather than lose access to more than a billon Chinese consumers.

When the app was pulled for the final time, Apple CEO ‌Tim Cook‌ told Apple employees that based on "credible information" from Hong Kong police, the app was being used to target individual officers for violence.

It is no secret that technology can be used for good or for ill. This case is no different. The app in question allowed for the crowdsourced reporting and mapping of police checkpoints, protest hotspots, and other information. On its own, this information is benign. However, over the past several days we received credible information, from the Hong Kong Cybersecurity and Technology Crime Bureau, as well as from users in Hong Kong, that the app was being used maliciously to target individual officers for violence and to victimize individuals and property where no police are present. This use put the app in violation of Hong Kong law. Similarly, widespread abuse clearly violates our ‌App Store‌ guidelines barring personal harm.

The letter from the lawmakers ends by urging Apple to reverse course and re-allow the HKMaps on the ‌App Store‌.

In promoting values, as in most things, actions matter far more than words. Apple's decisions last week to accommodate the Chinese government by taking down HKMaps is deeply concerning. We urge you in the strongest terms to reverse course, to demonstrate that Apple puts values above market access, and to stand with the brave men and women fighting for basic rights and dignity in Hong Kong.

WiiDSmoker
Tim is nothing but a giant hypocrite
Score: 64 Votes (Like | Disagree)

Andronicus
Glad to see this is getting bipartisan support.
Score: 61 Votes (Like | Disagree)

omihek
iMessage has been used by criminals to plan and coordinate with each other to commit horrible crimes. If Apple allows (forces) iMessage to remain on our phones after it has been used for such horrifying actions, they must allow HKMap Live to remain as well...
Score: 37 Votes (Like | Disagree)

That app has been used by the more extreme rioters to avoid police and vandalize train stations and shopping mall, there are a lot of criminal stuffs the western media doesn’t show or even mention

BGPL
Don't know why it's shocking that Apple caved to to the Chinese government. Everything Apple does is for the bottom line dollar, nothing else. If they lose the support of the Chinese government, they could potentially lose a HUGE marketshare.
Score: 34 Votes (Like | Disagree)
Read All Comments