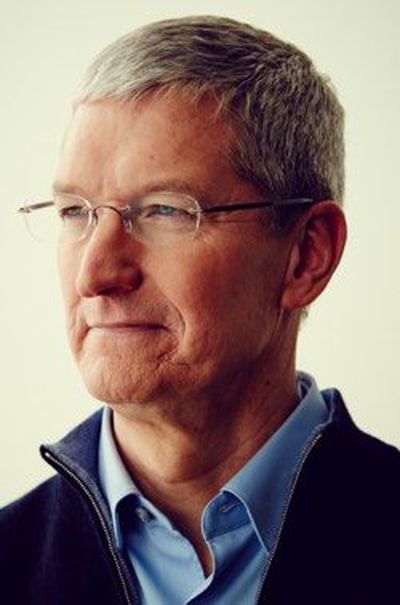 Apple removed HKMap Live from the App Store on Thursday following the app's approval last week, which itself only came after an internal review of the company's original decision to reject it. Apple's reversal came after the Chinese Communist Party's flagship newspaper criticized Apple for letting the app into its store.

In a company-wide memo, a verified copy of which has been reproduced on Pastebin, Cook told staff that the decision to remove the app was not easy, but that Apple had received "credible information" from Hong Kong police that the app was being used to target individuals for violence. Here's the memo in full:

You have likely seen the news that we made the decision to remove an app from the App Store entitled HKmap.live. These decisions are never easy, and it is harder still to discuss these topics during moments of furious public debate. It’s out of my great respect for the work you do every day that I want to share the way we went about making this decision.

It is no secret that technology can be used for good or for ill. This case is no different. The app in question allowed for the crowdsourced reporting and mapping of police checkpoints, protest hotspots, and other information. On its own, this information is benign. However, over the past several days we received credible information, from the Hong Kong Cybersecurity and Technology Crime Bureau, as well as from users in Hong Kong, that the app was being used maliciously to target individual officers for violence and to victimize individuals and property where no police are present. This use put the app in violation of Hong Kong law. Similarly, widespread abuse clearly violates our App Store guidelines barring personal harm.

We built the App Store to be a safe and trusted place for every user. It’s a responsibility that we take very seriously, and it’s one that we aim to preserve. National and international debates will outlive us all, and, while important, they do not govern the facts. In this case, we thoroughly reviewed them, and we believe this decision best protects our users.

Cook has since been criticized for his claim that the app is used to target individual police and members of the public. The developers say HKmap Live is designed to help protestors avoid law enforcement. As such, it doesn't show individual officers but only large concentrations of police, as reflected in the web-hosted version of the app.

In a Twitter post, Charles Mok, a developer and member of Hong Kong's legislative council, revealed that he had written to Cook saying he was "deeply disappointed with Apple's decision to ban the app, and would like to contest the claims made by Hong Kong Police Force's Cyber Security and Technology Crime Bureau (CSTBC)."

"There are numerous cases of innocent passers-by in the neighborhood injured by the Kong Kong Police Force's excessive force in crowd dispersal operations," he wrote.

"The user-generated information shared using HKmap.live in fact helps citizens avoid areas where pedestrians not involved in any criminal activities might be subjected to police brutality which many human rights organizations such as Amnesty International have observed."

Mok's letter went on to note that since the banned app aggregates real-time reports from Telegram, Facebook and other sources, then the same standard should also be applied to review these social media apps.

In the U.S., lawmakers have also criticized Apple for not standing up for democratic values and free speech. "An authoritarian regime is violently suppressing its own citizens who are fighting for democracy," said Democrat senator Ron Wyden in a tweet. "Apple just sided with them."

"Apple assured me last week that their initial decision to ban this app was a mistake," tweeted Republican senator Josh Hawley. "Looks like the Chinese censors have had a word with them since. Who is really running Apple? ‌Tim Cook‌ or Beijing?"

At a press conference on Thursday, Hong Kong's Secretary for Transport and Housing was asked by reporters which local laws HKmap Live had violated that led Apple to remove it from the ‌App Store‌, but the official deferred to Cupertino: "The taking down of the app from the ‌App Store‌ is the decision made by the operating company – Apple. So, if you want to know the reason for them to take down the app, maybe you can approach Apple and the Apple Store."

Apple has so far declined to comment on the matter.

Pepe4life
Tim Cook’s behaviour is a typical example of the far left’s hypocrisy and double standard when it comes to their so-called “social justice”
Score: 88 Votes (Like | Disagree)

UK-MacAddict
Apple should go ahead and remove WhatsApp, Facebook and all other social media then. All these apps have at some point been used to co-ordinate protests etc. WhatsApp was being use during the London riots to plan attacks.

The app cannot zone in on a specific individual police officer. The app was used to avoid police not confront them. Police shot an unarmed protester point blank in the chest recently.
Score: 66 Votes (Like | Disagree)

And protesters will get bloodied.

But who cares about a fight for freedom when there is $$$ on the line, amirite?
Score: 62 Votes (Like | Disagree)

ryuok
Of course Tim, trust the paramilitary police from a militant ethno-nationalism totalitarian regime. Do you know the Hong Kong Police - under Beijing's order - wear face masks and show no identification of whichever sort. Hong Kong is clearly facing a humanitarian crisis, as verified by many international human rights observers and legislators from the West who visited the protest sites. Well done Apple and Tim Cook for siding with a brutal regime for profit.
Score: 61 Votes (Like | Disagree)

manni
When push came to shove, Cook sided with tyrants against protestors.

I encourage everyone to read about the ethnic cleansing of the Uighurs - thousands being held in “re-education camps”, their places of worship destroyed, their culture targeted. This is roughly equivalent to a company siding with the German government in 1938. And, yes, other companies do it but Cook has repeatedly claimed that Apple would be based on principles and that he was a great advocate of freedom and would use his position to push political ideas. It was bad enough to build things in China for a company with lofty ideals but to take orders from tyrants in this way is unforgivable.

His price was high. His pay last year was $136 million (while he tweets about “equality”). Who among us would speak out when our mouths are stuffed with so much gold? Maybe none. But Cook has taken orders from a tyranny to help them suppress pro-democracy protestors. The day before his decision the Chinese state media demanded it. The tyrants said “jump” and Cook asked “how high?” Whatever the justification he has forfeited forever his right to virtue signal on politics, he is just a greedy accountant (like, I concede, virtually all businessmen).
Score: 59 Votes (Like | Disagree)

Keniutek
Sure Tim, sure...
Score: 50 Votes (Like | Disagree)
Read All Comments