Apple Pay Expands to Additional Banks in Germany, Austria, and the Netherlands

Apple Pay has expanded to more banks in Europe today, including ING in Germany, bunq in Austria, and ABN AMRO in the Netherlands. 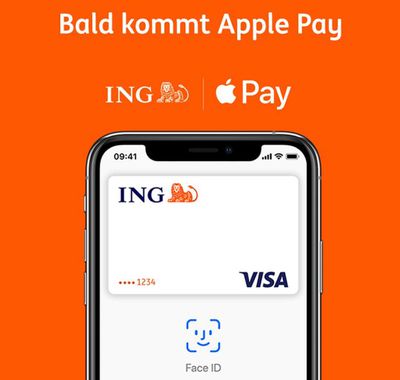 ING supporting ‌Apple Pay‌ in Germany is notable after a lengthy waiting period following the original announcement. ‌Apple Pay‌ made its debut in Germany in December, allowing iPhone and Apple Watch users in the country to take advantage of the contactless mobile payments service if their card issuer supports it.

Meanwhile, the Federation of German Cooperative banks (BVR) are said to be preparing for ‌Apple Pay‌ support, as are the Sparkassen and Giroverbandes (DSGV) association of savings banks. Both the BVR and the savings banks could start offering support later this year.

Also today, European challenger bank bunq brought ‌Apple Pay‌ to its customers in Austria. "Austrian users can now enable both Maestro and Mastercard cards for ‌Apple Pay‌, so they get the best of both worlds. This gives them the freedom to pay with their ‌iPhone‌ or Apple Watch, whenever they want, wherever they go," said bunq founder and CEO Ali Niknam.

Starting today all of our users in Austria can set up Apple Pay in 5 minutes. 🌈
Click here to learn more about how to get #ApplePay in Austria💳📲: https://t.co/FxMJqxF6cn pic.twitter.com/hBET7nuNl5 — bunq (@bunq) October 15, 2019

Last but not least, ABN AMRO, one of the largest banks in the Netherlands, announced ‌Apple Pay‌ support in early September and now the bank's customers can finally start using Apple's payment service. Rabobank is expected to offer support in the country soon.

‌Apple Pay‌ has been gradually expanding across Europe and the Middle East, launching in Poland, Norway, Kazakhstan, Belgium, Germany, Czech Republic, Saudi Arabia, Austria, and Iceland over the last year.

According to this ('https://www.sparkasse.de/unsere-loesungen/privatkunden/bezahlverfahren/mobiles-bezahlen/faq-bezahlen-mit-dem-handy.html'), Sparkasse will initially only support credit card accounts with Apple Pay. Giro should come some time next year.

Comdirect do the same, and it's the only thing that bugs me about using ApplePay. I'd rather have it just replace my girocard.
Score: 1 Votes (Like | Disagree)

gnasher729
ING in Germany is of no importance whatsoever.

The big news is BVR and DSGV preparing, because that means ApplePay is available for cards that Germans are actually using in large numbers.

Apple takes a (very?) small percentage of every transaction, so that's why some banks may be hesitant.

On the other hand, ApplePay makes insider fraud much more difficult (you buy something by card at a shop, some rogue employee copies your information, and shortly afterwards fraudulent charges start). Whatever banks are charged, I think they save a lot more because of reduced fraud.
Score: 1 Votes (Like | Disagree)

Apple Pay made its debut ('https://www.macrumors.com/2018/12/10/apple-pay-launches-in-germany/') in Germany in December, allowing iPhone and Apple Watch users in the country to take advantage of the contactless mobile payments service if their card issuer supports it.

Meanwhile, the Federation of German Cooperative banks (BVR) are said to be preparing for Apple Pay support, as are the Sparkassen and Giroverbandes (DSGV) association of savings banks. Both the BVR and the savings banks could start offering support later this year.

BVR and DSGV account for probably at least 80% of all individual checking accounts in Germany. In terms of the total amount of money held by individuals, they account for 60 to 65%. But since they are more the little man's banks, in terms of number of customers that translates almost certainly into the 80+% figure. The larger of the two 'groups', DSGV, has about 50 million customers in Germany (in a total population of 83 million where probably not all children have their own bank account). The BVR has 18.5 million members with not all customers also being being members, these two groups thus might have easily 70 million customers (with likely very little overlap between the two).

Getting those two groups on board is the difference between not mattering much and pretty much having fully made it (in terms of being an option for the customer).
Score: 1 Votes (Like | Disagree)

colmaclean
According to this ('https://www.sparkasse.de/unsere-loesungen/privatkunden/bezahlverfahren/mobiles-bezahlen/faq-bezahlen-mit-dem-handy.html'), Sparkasse will initially only support credit card accounts with Apple Pay. Giro should come some time next year.
Score: 1 Votes (Like | Disagree)
Read All Comments