Saturday Night Live alumnus Jason Sudeikis is bringing his "Ted Lasso" character to Apple's streaming service, reviving the role he debuted in 2013 for NBC Sports with its English Premier League coverage, according to Variety. 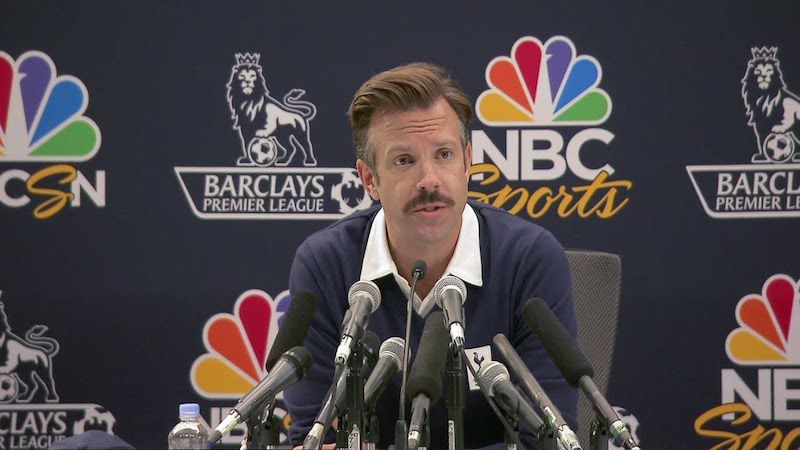 Variety has learned that Apple TV Plus has given a series order to “Ted Lasso,” on which Sudeikis will star in addition to writing and executive producing. In the series, Sudeikis plays Lasso, an idealistic all-American football coach hired to manage an English football club despite having no soccer coaching experience at all.

Apple TV+ launches November 1, although the Ted Lasso series clearly won't be ready to debut for some time. Just today, Apple launched a new press site showcasing information on a number of movies and series coming to ‌Apple TV‌+, which will be priced at $4.99 per month for up to six family members. Customers who purchase a new Apple device can, however, qualify for a free year of ‌Apple TV‌+.

allenvanhellen
Looks funny. Will Apple TV+ be allowed to have a Chinese person playing the buffoon?
Rating: 3 Votes

H.E. Pennypacker
Apple TV+ seems to have a bunch of winners...
Rating: 1 Votes