Apple's Maps app rebuild continues its journey across North America this week, with the company following its pattern of rolling out the enhanced maps in adjacent continental U.S. states.

Apple has been deploying the enhanced maps up the northeast United States over the last few months, with the rollout recently extending to New York state. Now it has expanded west to cover West Virginia, Ohio, Michigan, Indiana and North Illinois.

You can spot the updated regions by looking for more landscape details like sports fields, parking lots, ground cover, foliage, pools, pedestrian pathways and the like.

The data is gathered by Apple's own fleet of sensor- and camera-equipped vehicles, as well as first-party data gathered from iPhones using Apple's differential privacy. The combined data is also being made to ensure search results are more relevant. 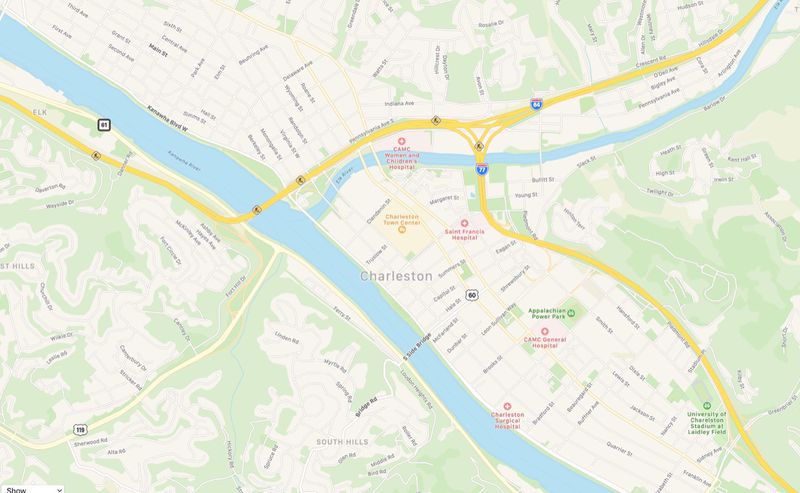 At WWDC 2019, Apple said the updated maps will roll out to the entire United States by the end of the year, followed by additional countries in 2020.

miniyou64
Remember when Forestall was ousted because of a few Map issues and things weren’t ready in time?

Sasparilla
Nice to see Apple continuing their improvement of maps. I would like to see Apple add easy user reporting into the app, like Waze.

Remember when Forestall was ousted because of a few Map issues and things weren’t ready in time?


This isn't really related to the article is it? Actually I believe it was because he didn't take ownership of the quality of the release at the time - which was really bad.


Not related to the article again. But this isn't new, Apple has had issues with new releases going way back. Leopard was one I was around for, that was rough as well. I don't install updates with big OS changes for a couple of months because you know there will be alot of bugs, its an easy call.

We got a super good release with iOS 12 last year, that may have set people's expectations too high, because it was a bug fix release (with a few new things added), much like Snow Leopard was back in the day.

Are Apple still doing the map business? I thought they quit because no improvement has been done for years.


Gosh you haven't been reading Mac Rumors much eh? Because there have been lots of articles on the updates to Apple Maps for years but in particular in the last couple of years when they've been making big changes.
Rating: 5 Votes

madsci954
I follow the Apple maps subreddit and I learned a few things from there
- full rollout takes about 6 weeks, all users should have the updates after that
- until then, some people will get the updates and some won’t
- there is no rhyme or reason to get them, they just show up
- if you get the update, they may come and go until the 6 weeks pass
Rating: 4 Votes

Unless I’m recalling wrong, Forstall got kicked due to not apologizing for the issues that maps had?


Right, he reportedly refused to sign the public apology ('https://web.archive.org/web/20121004201624/http://www.apple.com/letter-from-tim-cook-on-maps/') which effectively forced Tim Cook to sign it. In turn, between that and his notorious toxicity which was pushing other executives toward the exits, his head rolled.

ETA for the Forstall worshippers here: Really, if Forstall were a god of software engineering, another company would have hired him as an executive by now with a blank check for his salary. The issue is that no one wants him because he’s a terrible colleague.
Rating: 4 Votes

rblue78
Oh wow I just checked here in Indiana... Really nice; even has the entire layout of our mall with all of the stores. Now if I continue to use it depends on whether or not the chosen route is persistent. For example, with Google, I can stop and get fuel and it won't switch over to the fastest route, but remains on the one I *want*; with Apple, it flips to something else. SURPRISE! You get to drive on I-65, even though you specifically opted out of that by selecting a different route.
Rating: 2 Votes

sugargliderdude
one thing i love about these type of maps, its also recording history... i love roaming around on street view looking around my city in 2008...
Rating: 2 Votes

I still find Apple's maps almost unusable in Carplay mode. There's almost no contrast between the road and the surrounding areas so it's near impossible for me to see upcoming roads without intently staring at the screen, something you shouldn't be doing while driving.

I have no such trouble with Waze's maps.


Set it on night mode and you’ll be fine. I found there is a huge variation in quality of LCD panels used by manufacturers. Some are harder to see with CarPlay than others. But night mode/dark mode resolves most contrast issues unless you can change the brightness/contrast of your LCD.
Rating: 2 Votes

Are Apple still doing the map business? I thought they quit because no improvement has been done for years.


Hello Rip Van Winkle. While you've been asleep, Apple went from it's disastrous start to become, by far the most used mapping App on iPhones, now used many billions of times a week around the world. It's been shown to more accurate in time estimates than Google and Apple just recently finished building its own base map at a cost of billions and several years. They now have several thousand employees working full time on just maps. Now that they have their own base map, instead of just cobbled together third party information from Tom Tom, etc., you are seeing them roll out impressive new features that will push them further beyond Google. For example, everyone agrees that Look Around blows Street View out of the water. It took some time, but it was well worth it. And remember, all of this is without sacrificing your privacy to Google, where they retain everywhere you go, forever in the Borg, and link it to every other bit of your life they've captured in your virtual dossier. All praise Apple!
Rating: 2 Votes

err404
The maps not only look really good, the streetlights and stop signs are a great usability feature.
Rating: 2 Votes


So far they’ve been rolling out these sectors in approximately 6-week intervals. I suspect that either they begin rolling out larger sectors and/or rolling them out more quickly, or they miss their stated deadline of the end of 2019 for rolling out the entire U.S.

The Midwest expansion does mean that the new Maps covers the 10 most populous U.S. cities, though, so I suspect future rollouts will be a little easier now as the cities become smaller and population becomes less dense (except the Southeast, which has yet to roll out and has fairly high population density).
Rating: 1 Votes
[ Read All Comments ]