Cuarón is primarily known for his work on films, and has not done much television, so his partnership with Apple will mark his first major foray into TV. He did previously co-create 2014 NBC drama "Believe," and he directed Mexican anthology series "La Hora Marcada," but other than that he has focused on movies. 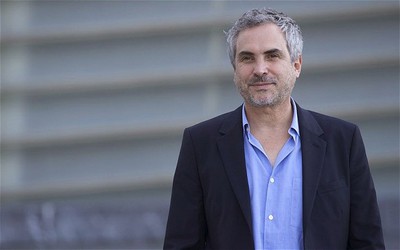 Image via The Telegraph
Cuarón directed award-winning films that include "Y Tu Mamá También," "Harry Potter and the Prisoner of Azkaban," "Children of Men," "Gravity," and "Roma."

According to Variety, Cuarón will maintain an existing deal with Anonymous Content and will also continue to work with other collaborations in addition to his work for Apple.

Any TV shows created by Cuarón under his partnership with Apple will be added to ‌Apple TV+‌, Apple's upcoming streaming service that's set to launch on November 1.

paul4339
This guy is an amazing cinematographer. IMO, his films are beautiful and well crafted.
Score: 25 Votes (Like | Disagree)


its clear that u dont! But it stops right there.

Children of Men still has one of the best no-cut sequences ever in film. Extraordinary.
Score: 9 Votes (Like | Disagree)

Swift
He's the director of "Y Tu Mama Tambien." No complaints here. I want to see what he'll do.

Children of Men still has one of the best no-cut sequences ever in film. Extraordinary.

Yes! I think this is a worthy way for Apple to gather some extraordinary content: set up "chairs" for great artists. Let them work like auteurs. Apple has the money, and they're penny-pinchers, too. It won't be the Netflix of the industry. It will be the place you subscribe to and get some great movies you won't find elsewhere.
Score: 6 Votes (Like | Disagree)

This guy is one of the worst "directors" ever and is not a DP any means. Student films at best. Roma is an unwatchable trainwreck of deadly slow pacing, mistake central camera work, miserable story telling. Gravity ? also unwatchable trash. Children of Men ? could of been good but again horrid direction that was just a groan maker of trite, bad, painful.

Everyone has an opinion, but your opinions are simply wrong. This may be the worst post I have seen here.
Score: 6 Votes (Like | Disagree)

citysnaps
Whoa..he's a great catch! Stoked to see what he comes up with for Apple.
Score: 6 Votes (Like | Disagree)
Read All Comments