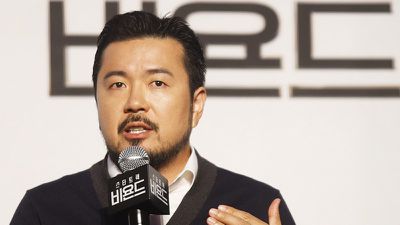 Under the terms of the deal with Apple, Andrew Schneider, who has previously worked with Free Association and Fox 21 Television Studios, will run Perfect Storm Entertainment TV.

Specific details on television shows that Lin will develop for Apple are unknown at this time, but Perfect Storm Entertainment will be exclusively creating content for Apple.

Apple has dozens of original television shows and projects in the works at the current time as it prepares to launch a subscription television and movie service that could debut sometime in 2019.

A full list of the company's television and movie projects can be found in the original content section of our Apple TV roundup.

AngerDanger
For those of you playing MacRumors bingo, you can mark of the "Original content acquisition" box.

DTphonehome
We’ve been hearing about Apple-developed TV for how many years now? When are we ever going to see it?
Score: 4 Votes (Like | Disagree)

Theophilos
I really miss the days when articles were about Mac hardware as well as powerful software and accessories that really enhanced the experience and made it possible for a normal guy like me to be creative.
Score: 4 Votes (Like | Disagree)

Fast and Furious 6 is not Tokyo Drift (although he did direct that as well). It's: "The Fast and the Furious: Tokyo Drift"

IE the only F&F that was about street racing. Others are heist films with car chases
Score: 4 Votes (Like | Disagree)

GeneralChang
Ah, bummer, signed for future projects. Guess there goes any hope of him coming back to work on another Star Trek movie. I actually liked Beyond.
Score: 2 Votes (Like | Disagree)

gwaizai
Well this is better.

Fast and Furious Peanuts. Now I'd pay to see that.
Charlie Brown as Dom, Lucy as Letty...