Kuo: 2020 iPhones to Have Redesigned Metal Frame Similar to iPhone 4

Apple will unveil redesigned iPhones next year that boast a new metal frame structure reminiscent of the iPhone 4, according to a research note by Apple analyst Ming-Chi Kuo and seen by MacRumors. 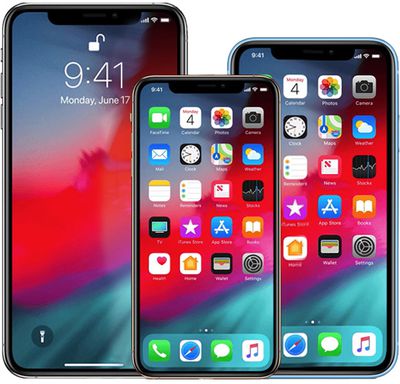 We predict that the new 2H20 iPhone design will change significantly [...] The metal frame and the front and rear 2/2.5D glass are still used, but the metal frame surface will be changed to a similar design to the iPhone 4, replacing the current surface design.

Jony Ive's design for the ‌iPhone‌ 4 was the first smartphone to introduce the concept of an exposed squared-edged aluminum frame sandwiched between two panes of strengthened glass – a design that has been variously copied in the smartphone industry.

Apple's ‌iPhone‌ has undergone several changes since, with the latest ‌iPhone‌ 11 using an aluminum frame that wraps around the rounded corners of a display housed in an all-glass enclosure, and the ‌iPhone‌ 11 Pro devices sharing a matte glass material encased in a durable stainless steel frame. Notably, Apple has adopted a different design for the iPad Pro, which features a more industrial band around the sides that's also reminiscent of the ‌iPhone‌ 4.

Kuo believes the grooving and injecting of the metal in next year's ‌iPhone‌ frame will reduce the negative impact of metal shielding on the high-frequency transmission efficiency of the internal antenna, while the use of sapphire or tempered glass on the groove will serve to protect the injection molded structure.

The ‌iPhone‌ 4, released in 2010
As a result of the design change coming in next year's iPhones, Kuo believes the cost of the metal frame and glass case will rise significantly, with a maximum increase of 50-60 percent and 40 to 50 percent, respectively. If the grooved cover is made of tempered glass, Kuo sees the cost of the metal middle frame and chassis increasing by about 25–35 percent and 20–30 percent, respectively.

The report predicts that the new design will be a major selling point that will contribute to supplier revenue and profitability, and combined with 5G support, will increase Apple's smartphone shipments to 85 million units in 2020, compared to 75 million new ‌iPhone‌ shipments in 2019.

In a previous note, Kuo said the 2020 iPhones will be available in new sizes. He believes Apple is going to release 5.4 and 6.7-inch high-end iPhones with OLED displays, along with a 6.1-inch model with an OLED display. Two of the phones will also feature a rear-facing time-of-flight 3D camera that will support augmented reality and improve the camera experience.

Kuo also said all three of next year's iPhones will support 5G networks, for which Apple will use Qualcomm's 5G modem. Despite its acquisition of Intel's smartphone modem chip business, Apple will not use its own baseband until the launch of 2022 ‌iPhone‌. Instead, Kuo believes Apple will first test its own baseband products in a new Apple Watch and other future devices.

Summary: Apple admits it's frame design is responsible for it's abysmal antenna performance and Tim is finally ready to pay for a design change having stretched two 'S' versions from the X template

Wasnt the 4 known for the exact issue you’re talking about?
Score: 43 Votes (Like | Disagree)

fokmik
So after the new ipads pro that takes on the iphone 4/4s design...now we will have iphone 2020 the same treatment? Very nice
Score: 30 Votes (Like | Disagree)

iPadified
If so, I will have to wait to buy a new iPhone til next year. iP4 was a great design.
Score: 27 Votes (Like | Disagree)

picaman
If true I think this is great news. I loved the way my iPhone 4s felt in my hand.
Score: 21 Votes (Like | Disagree)

An increase in unit costs of 50 percent. Am I reading that right?

They didn’t phrase it particularly well, but I think they mean the unit cost of the individual parts, not the entire phone.
Score: 17 Votes (Like | Disagree)

atmc
I hope they keep the 5.8 size for the Pro model.
Score: 14 Votes (Like | Disagree)
Read All Comments