Kuo: All Three iPhones Coming in 2020 Will Support 5G

The three iPhones expected to launch in 2020 will feature support for 5G, according to a new note to investors shared today by Apple analyst Ming-Chi Kuo and obtained by MacRumors.

Kuo originally said that two of the three new iPhones coming in 2020 will support 5G, but now believes that Apple will offer 5G in all models to better compete with lower-cost Android smartphones that will support 5G. Kuo also says that following Apple's acquisition of Intel's smartphone modem chip business, Apple has more resources for developing the 5G iPhone. 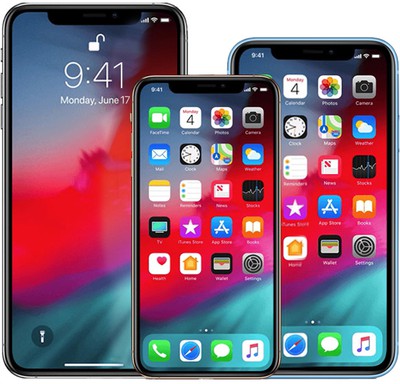 We now believe that all three new 2H20 iPhone models will support 5G for the following reasons. (1) Apple has more resource for developing the 5G iPhone after the acquisition of Intel baseband business. (2) We expect that the prices of 5G Android smartphones will decline to $249-349 USD in 2H20. We believe that 5G Android smartphones, which will be sold at $249-349 USD, will only support Sub-6GHz. But the key is that consumers will think that 5G is the necessary function in 2H20. Therefore, iPhone models which will be sold at higher prices have to support 5G for winning more subsidies from mobile operators and consumers' purchase intention. (3) Boosting 5G developments could benefit Apple's AR ecosystem.

Kuo says that he expects all three new iPhone models coming in 2020 to support both mmWave and Sub-6GHz spectrum to meet the requirements of the American market, but it is not clear if Apple will launch a ‌5G iPhone‌ that only supports Sub-6GHz, which would allow for a lower price. He says Apple may not have enough development resources for such a project.

In rural and suburban areas, 5G technology will be on mid-bands and low-bands, called sub-6GHz 5G. It's still faster than 4G, but not as fast as mmWave. When 5G finishes rolling out, there will be some areas with mmWave technology where data transfer speeds will be lightning quick, coupled with other more expansive areas that are closer to 4G LTE speeds.

Over time, low-band and mid-band 5G speeds should also get much quicker, but at launch, won't be as fast as mmWave, which is most often in the spotlight.

Apple is planning to use modem chips from Qualcomm in its 2020 ‌5G iPhone‌ lineup, despite its recent acquisition of Intel's smartphone modem chip business. Apple is working on its own modem chips, but that technology isn't going to be ready until 2021.

Along with 5G technology, the 2020 iPhones could be available in new sizes. In a previous note, Kuo said that Apple is going to release 5.4 and 6.7-inch high-end iPhones with OLED displays along with a 6.1-inch model with an OLED display. More information on what to expect in the 2020 iPhones can be found in the dedicated what's next section of our 2019 iPhone roundup.

DrumApple
Cool so the 2019 iphones are simply a money grab, will def skip.
Score: 36 Votes (Like | Disagree)

macfacts
Can someone show me the threads of complaints that LTE is slow?
Score: 32 Votes (Like | Disagree)

Pearple
It is infuriating me that Apple only offers phablets and no decent sized small iPhone, regardless of being a budget or high end phone.

Apple execs are living in their own world, their reality distortion field, not realizing that there are people in this word, who think, that smartphones aren’t that important in their lives. They don’t want to carry bricks around.
Score: 28 Votes (Like | Disagree)

randyhudson
This is great news. I for one was worried I would NOT be able to stream four 4K movies simultaneously.
Score: 26 Votes (Like | Disagree)

How do you refute the people that claim 5G needs more study on possible health impacts?

There is no need to refute nonsense.

5G, just like all cellular tech before it, uses NON-IONIZING radiation. It has no effect on living tissues.

Dangerous radiation is IONIZING radiation. In order to get there you have to go to MUCH shorter wavelengths, through even the entire visible light spectrum until you get to ultraviolet. 6GHz is not even close to infrared light, which is still harmless. IR starts at 300GHz!

Stop being overly paranoid and trust the science.
Score: 25 Votes (Like | Disagree)

How do they expect to have a 5G chip in time for next year when they just acquired the team? It takes YEARS to produce a chip. Or was the Intel 5G chip already in the late design stages? Or maybe they only focus on sub-6Ghz 5G first and full 5G later?

READ THE ARTICLE
Score: 22 Votes (Like | Disagree)
Read All Comments