Apple has cast actor Charlie Hunnam in its upcoming series "Shantaram," which will air on Apple TV+ sometime after the service debuts this November (via Variety). The series is an adaptation of the Gregory David Roberts novel of the same name, the rights to which Apple acquired back in June 2018. 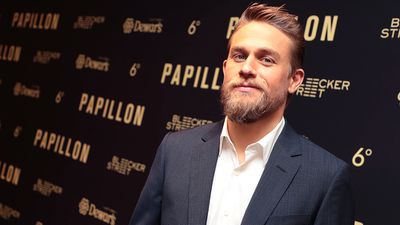 Image via Variety/Eric Charbonneau
The novel is based somewhat on Roberts' real life, focusing on a character named Lin (Hunnam), who is a convict that flees from an Australian prison and hopes to get lost in the city of Bombay. In the city, Lin stumbles across an underworld of criminals while individuals from his life in prison hunt him down.

Apple won the rights to the book amid a competitive bidding war that was said to include multiple streaming companies. Previously, plans to adapt "Shantaram" included Joel Edgerton in the role as Lin for a feature film, but plans fell through, leading to the idea of a streaming TV series.

"American Hustle" screenwriter Eric Warren Singer will serve as the showrunner and executive producer of the new Apple series. Singer also worked on "The International", "Only the Brave", and wrote the script for the upcoming sequel "Top Gun: Maverick." Hunnam is known for his roles in "Sons of Anarchy," "Pacific Rim," and "King Arthur: Legend of the Sword."

It's not clear yet when "Shantaram" will premiere on ‌Apple TV+‌, but since casting has just gotten underway and filming has not yet begun, it's likely that we won't see the show debut until mid-to-late 2020 at the earliest.

gleepskip
A show that hasn't even begun production yet is being announced that will air in 2021/2022. Disney has many titles that fit that category, but they have decades of work that can be used to entertain for a family's $6.99 while they await the latest Marvel or Star Wars spinoff show.

ryanwarsaw
Sounds interesting. I only know of this book from when I was running a backpacker hostel on an island in SE. Asia. Every dreadlock hippy coming through had this really huge book with a weird name.
Score: 1 Votes (Like | Disagree)

Netflix just got the rights for Seinfeld from 2021. Is Apple going after any legacy content?

No, AppleTV+ shows are all new productions curated and funded by Apple.

Legacy content will be available through third parties in Channels in the AppleTV app. If you think about it, it’s a smart move. Apple doesn’t have to license content. Instead, they give license owners access to AppleTV viewers in the same app. The license owners makes their money in subscriptions and Apple gets a cut and an AppleTV app full of content both from their own studio and from legacy shows.
Score: 1 Votes (Like | Disagree)

As Apple TV+ adds more content, that $4.99 is looking stronger and stronger.

Agree. Also...my sense is many believe Apple is not engaged in many projects, or is working on them serially. I suspect there are many going on, most of which have not been publicized.
Score: 1 Votes (Like | Disagree)

deeddawg
Interesting. I read the book on the recommendation of an Indian colleague and enjoyed it. It'd be neat to see it on-screen.
Score: 1 Votes (Like | Disagree)
Read All Comments