Apple has spent over $6 billion for original TV shows and movies for its upcoming Apple TV+ streaming service, set to launch later this year.

Apple originally set a budget of $1 billion for Apple TV+ execs Jamie Erlicht and Zack Van Amburg, who head up the project, but according to a source that spoke to Financial Times, that budget has now grown to more than $6 billion. 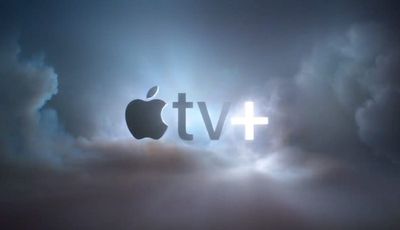 Hundreds of millions of dollars alone have been spent on "The Morning Show," one of the most high-profile shows that will be a part of ‌Apple TV+‌. "The Morning Show" stars Jennifer Aniston, Reese Witherspoon, and Steve Carell. Previous rumors have suggested that Aniston and Witherspoon earn $1.15 million per episode alone.


The cost for "The Morning Show" has apparently exceeded the $15 million per episode that HBO spent on the final season of "Game of Thrones."

Previous rumors have suggested that Apple is spending similar amounts on "See," an upcoming futuristic drama where much of the world's population has been wiped out by a virus, and the rest of the population is blind. "See," which stars Jason Momoa, is said to have a budget of $15 million per episode.

At $6 billion, Apple's spending doesn't quite match the $15 billion that Netflix is expected to shell out in 2019, but Apple is rumored to be offering more generous payment terms to help it win deals for appealing content. Apple is paying out earlier in the production process, "once certain milestones are hit."

Apple has said that its upcoming ‌Apple TV+‌ series is set to launch in the fall, and the source that spoke to Financial Times says Apple is aiming to launch it "within the next two months" to pre-empt the November 12 launch of Disney Plus.

There's no word yet on pricing for ‌Apple TV+‌, nor details on which shows will be ready, but several have finished filming and appear to be in the final stages of production.

Apple has dozens of TV shows and movies in the works for ‌Apple TV+‌, with a full list of everything that's known to be in development available in our Apple TV+ content guide.

Update: A separate report from Bloomberg suggests Apple is considering charging $9.99 per month for the service, which will include a free trial.

According to Bloomberg, Apple is aiming to launch ‌Apple TV+‌ in November, and is still deciding how shows will be released. Apple is considering releasing three episodes of TV shows at once followed by weekly installments.

"The Morning Show," "See," "Amazing Stories" and "Truth Be Told" are said to be some of the first shows that will be available at launch, with Apple planning to continue to release content on a regular basis going forward.

masterleep
I'm going to be amazed if there is even one show I'm interested in watching.
Score: 101 Votes (Like | Disagree)

dazed
They needed to buy one of the other streamers (or Fox). Don’t see how they have enough content to warrant a streaming service.

Easy choice between this and Disney plus.
Score: 45 Votes (Like | Disagree)

rjp1
I couldn’t even finish the trailer for the Morning Show. They are going to invest in a lot of really bad content.

I knew this was going to flop as soon as I saw the reports that Timmy was getting involved in the content.

In the other thread people were complaining Apple weren’t spending enough if they wanted great content.

Apple have the capital and it’s not like they need to have been in TV/film before as it’s all third party anyway. They just need to ensure there aren’t creative restrictions (which seems to be the case based on what Cue said) and there’s no reason this couldn’t take off as a result.

The creative restrictions will kill this.
Score: 29 Votes (Like | Disagree)

JPLC
This feels wrong in so many ways.
Score: 23 Votes (Like | Disagree)

m4mario
People, people, people... Apple is not dumb.
They’ve definitely looked at a lot of data and had a lot of discussions about this. They clearly have a plan, which may not be apparent to us at this point. And they clearly have the budget and people to execute the plan. Let’s wait and see how it unfolds. It’s too early for predictions.
Score: 17 Votes (Like | Disagree)
Read All Comments