The winners of the 12th annual iPhone Photography Awards were unveiled today.

This year's recipients were selected from thousands of entries from over 140 countries around the world, including Australia, Bahrain, Belarus, Brazil, Canada, China, France, Germany, India, Italy, Japan, Peru, Portugal, Russia, South Africa, Taiwan, the United Kingdom, and the United States. 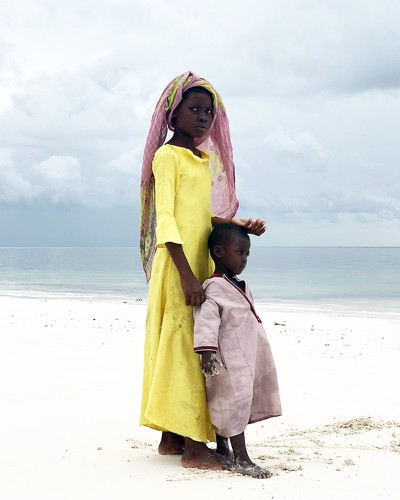 Last year I spent a month in Wasa, Tanzania, teaching a class of young, curious and amazing guys. Before heading back to Italy we stopped in Zanzibar, where this photo was taken. I still wonder how could I capture that exact moment in all its beauty. I was just observing, a few meters from them, but they were probably more curious about me than I was about them, and that's probably why the girl was looking at me. We couldn't talk much, except for a few words in Swahili I had learned in the previous weeks, but those kids could definitely talk with their eyes. It was one of the most beautiful things I've seen in my life, and I'll keep it in my memories forever. The best part was showing them and their mums the photos, for some it was the first time they were seeing their faces, and their excitement was unexplainable, unfortunately my ‌iPhone‌ was in their hands and I couldn't capture that!

"Come Across" shot on an ‌iPhone‌ X by Peng Hao of China
Head over to the ‌iPhone‌ Photography Awards website for the full lists of winning photos and winning photographers.

The last Motiv is cool at least.
But the 1st price shot... no. The girl is not looking at the photographer as he or she is kneeing. And the girls eyes are not looking curiously but suspiciously at someone near the photographer. The whole story... yack.

I'm sure it won because it's diverse and cultural.
Score: 20 Votes (Like | Disagree)

ipedro
I was contacted by Apple about this photo tagged #ShotOniPhone back in 2014 with an iPhone 5 in Barcelona. They asked for the original file to confirm that it was shot on iPhone and presumably to get the full resolution. I don't know if it was ever published but I assume they would have let me know.

For future reference: when dissing someone, you want to demonstrate your superior qualifications to make the assertions you do. Maybe you could demonstrate the awards that you have received, or the galleries where you have pictures on display, that would work!
Score: 14 Votes (Like | Disagree)

Glad you aren't one of the judges. Looking at your instagram all the winning shots would just be your endless selfies.
Score: 11 Votes (Like | Disagree)

Been an amateur photographer for over 20 years don't see what's so special about these photos....lol

I think Apple is letting their emotions decide what constitutes a good photo.

What the **** is with everyone in this ****ing thread? Can’t you all just enjoy some nice pictures? It makes no ****ing difference how much of a photographer you are, I don’t see your pictures in the awards.
And these are exceptional pictures. What is the job of a picture? To capture a moment, to tell a story and to above all evoke an emotional response. For the judges at Apple these pictures hit those points!

GtrDude
Been an amateur photographer for over 20 years don't see what's so special about these photos....lol

I think Apple is letting their emotions decide what constitutes a good photo.
Score: 9 Votes (Like | Disagree)
Read All Comments

Friday May 7, 2021 1:51 am PDT by Tim Hardwick
An early look at an ongoing analysis of Apple's App Tracking Transparency suggests that the vast majority of iPhone users are leaving app tracking disabled since the feature went live on April 26 with the release of iOS 14.5. According to the latest data from analytics firm Flurry, just 4% of iPhone users in the U.S. have actively chosen to opt into app tracking after updating their device...
Read Full Article • 240 comments