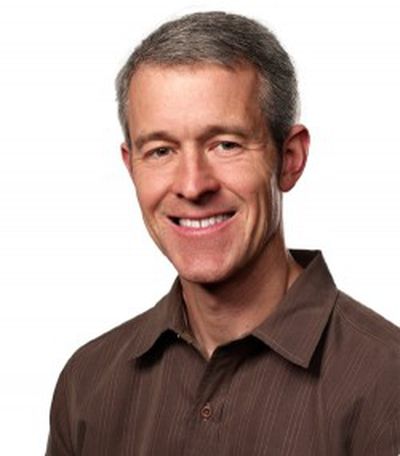 When Jony Ive announced that he is leaving Apple to start his own design firm, Apple confirmed that chief operating officer Jeff Williams is set to oversee many of the product design responsibilities previously held by Ive. In a new profile today by The Wall Street Journal, Williams' history at Apple is highlighted, including his potential as a future successor to CEO Tim Cook.

According to people who work closely with Williams, he has been "more visible" in the development of Apple products than Cook. Williams has displayed interest in the look and feel of certain products, and helped pivot the Apple Watch away from its fashion-focused launch to one predominantly concerned with health and fitness features that can be achieved without a connected iPhone.

Additionally, Williams was on the product development team that was responsible for the ‌iPhone‌ 4, and his contributions reportedly "quieted doubters" within Apple about his ability to contribute to the design stage. One unnamed source described Williams' knowledge in a thermal-engineering meeting: "It was impressive for a negotiator, and spreadsheet guy, and it just came naturally to him."

Yet, some people wonder if Williams' executive skills are enough to lead Apple product design, and live up to Ive's legacy.

Mr. Williams is an operations executive at his core, the people said, and his skills at logistics and planning make him more implementer than inventor. “He sees where we are, not where we need to be in years to come,” said a former colleague, who also praised Mr. Williams’s leadership, versatility and encyclopedic memory.

Apple chose to promote from within instead of finding outside blood to replace Ive, which analyst Bob O'Donnell said would have been almost impossible anyway. "What they're doing is saying, 'let's reallocate how we think about this and put someone else overseeing a few young designers to give them leeway.' It’s time for fresh blood. The last few iPhones have looked really similar."

Many of WSJ's sources wondered about Apple's future and what its next major product invention will be, and how that will be achieved without Ive's leadership. "You could have looked at Jony and said: 'He's the soul of Steve Jobs,'" said Ensemble Capital president Sean Stannard-Stockton. "I just wonder about their ability to invent the future now."

Ive is set to leave Apple sometime later this year.

macduke
Jony was promoted to this position around the time he was starting to wind down his time at Apple. When you’re at that high level you’re mostly involved in meetings and less with design. It’s probably why he kept doing outside design work for charity projects in his spare time. Jony’s role changed to something different and was probably paid a lot more. He could then save up to start his own company.

Jeff isn’t replacing Jony the designer, but Jony the manager. And I thought from what I read, Jony was the one that wanted the Apple Watch to be an expensive fashion item, and Jeff wanted it to be more practical to help people get healthy and be more affordable. It seems like in the end Jeff won, and the Apple Watch has been a runaway success (aside from App Store issues, which they are finally sorting out with native, unified apps and such).

If this is true that Jeff’s influence within Apple has been growing, then that could be why we are beginning to see a return to more practicality. I look at things like iPadOS and being able to access files on drives, iOS design improvements over the flat/thin design aesthetic to reign that in, or even things like the more powerful 2018 Mac Mini or the power and affordability combo found in the 2019 iMac (which I own), and I see promise. And while the Mac Pro is expensive and made for very high end users, the fact that a lot of the parts can be upgraded by the end user is welcome compared to the trashcan. If anything, I think Jeff understands better than Jony that design isn’t just how it looks, but how it works.

So if he can reign in crap like the horrible MacBook Pro keyboards (rumored redesign later this year), then I consider that an absolute win. He still has the design team that Jony lead, and they learned from one of the best. But Jony was missing his balance in Steve, and I feel like he probably got too arrogant and didn’t feel like anyone at Apple should be able to reign him in.
Score: 57 Votes (Like | Disagree)

batmccoy
Obviously Jony Ive worked closely with Jobs. We've all heard the stories, but I disagree that Ive would be considered the "soul" of Steve Jobs. Whoever was responsible for the watch leaning towards fashion...and the changing of the iPhone interface to super thin, super simple, buttonless crap...doesn't fully understand the usability and interface design required for computer based products. If anything, Scott Forstall was the (apparent) embodiment of Jobs.
Score: 40 Votes (Like | Disagree)

Wait, this bloke is replacing Jony? He’s got less charisma than a cardboard cutout version of himself.

I wouldn’t say Jony had “charisma”. He has a British accent and uses a lot of fluff to describe basic things.

I never heard him speak and said “wow that guy is charismatic”.

Wait, this bloke is replacing Jony? He’s got less charisma than a cardboard cutout version of himself.

Does his charisma determine how well he designs things?
Score: 29 Votes (Like | Disagree)

keysofanxiety
Wait, this bloke is replacing Jony? He’s got less charisma than a cardboard cutout version of himself.
Score: 27 Votes (Like | Disagree)

now i see it
I personally have never been a fan of almost all of Ive's designs. Sure for the most part they were successful but he placed waaaaaay too much emphasis on appearance over function. Way too much emphasis on cramming stuff into the smallest enclosure possible, with glue, tape and solder. Add to that the company's policy of forbidding 3rd party repairs of devices which for the most part are unnecessarily difficult to get in to, and my only thought is thank goodness Ive is no longer working at that company any more.

As for Williams, maybe he'll cut some slack with the other designers to let them bring their (likely better) concepts to prototype stage. I have a suspicion that when Ive was there, it was his way or the highway.

Apple products have almost become a parody of themselves and the roadmap Ive left behind, if that road was to be followed, would only have "painted themselves into a design corner"

All hail Williams. I hope he can turn this around.
Score: 19 Votes (Like | Disagree)
Read All Comments