At a recent event hosted by venture capital firm Village Global, highlighted by TechCrunch, Microsoft co-founder Bill Gates lamented on losing to Android, calling it "one of the greatest mistakes of all time."

In the software world, it's very predictable for platforms. These are winner-take-all markets. The greatest mistake ever is whatever mismanagement I engaged in that caused Microsoft not to be what Android is. Android is the standard phone platform — non-Apple phone platform. That was a natural thing for Microsoft to win. It really is winner take all. If you're there with half as many apps, or 90 percent as many apps, you're on your way to complete doom. There's room for exactly one non-Apple operating system. […]

It's amazing to me having made one of the greatest mistakes of all time… our other assets, Windows, Office, are still very strong… we are a leading company. If we'd gotten that right, we'd be the leading company.

In fairness to Gates, it was Steve Ballmer who served as Microsoft's CEO between 2000 and 2014. Ballmer infamously laughed off the iPhone, but Apple had the last laugh, as Windows Phone failed to ever gain any significant market share among mobile operating systems and is ultimately being abandoned.


Gates added that there is room for exactly one non-Apple mobile operating system, which is certainly the case as of today. Together, Android and iOS have an estimated 99.9 percent market share, according to research firm Gartner, having squeezed out former heavyweights like BlackBerry and Nokia. 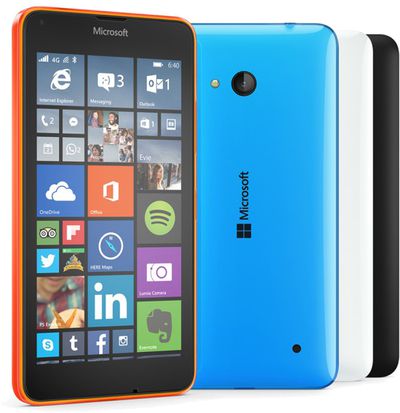 Simply put, Apple upended the industry when it launched the ‌iPhone‌ in 2007, and Microsoft failed to respond. Windows Phone could have been the commoditized mobile platform, as Windows is to Mac, but Android won the battle.

bigjnyc
With that idiot Ballmer at the helm, be thankful the whole company wasn't lost.
Score: 71 Votes (Like | Disagree)

Zimmy68
I admire Bill Gates. He is not speaking in platitudes. He is talking about the tech, not the customer experience. He is not worried about shareholders.
Even better, he probably was only involved at a very high level but yet takes all the blame.
Score: 54 Votes (Like | Disagree)

tevion5
I'm an Apple zealot but I really like what Nadella is doing with Microsoft and I'm glad Ballmer is gone.

Satya opposed Ballmer's misguided Nokia buyout from the start, is leading MS in the cloud, expanding MS's presence in games again and opening up software and development tools like VisualStudio to Linux and Mac. Heck even Flight Simulator is making a comeback! A Microsoft that leans into its strengths is good for the whole tech industry imo.

Also I think Windows Phone was a sleek platform and I'm sorry it didn't take Android's spot as the defacto 'open' OS in the smartphone space. I much prefer straight up Hardware/Software companies like Apple and Microsoft, as opposed to pseudo tech advertising giants like Google.
Score: 49 Votes (Like | Disagree)

benshive
"it doesn't appeal to business customers because it doesn't have a keyboard"
That gave me a good laugh :')
Score: 29 Votes (Like | Disagree)

bbplayer5
Android is just as messy as Windows, so I guess we still got what MS couldn't deliver.
Score: 26 Votes (Like | Disagree)

With that idiot Ballmer at the helm, be thankful the whole company wasn't lost.

Thursday August 4, 2022 6:05 am PDT by Sami Fathi
With August upon us, the countdown is officially on. We're just weeks away from when we're expecting Apple to announce the iPhone 14 lineup. Rumors of the next iPhone start early in the year, and as a result, some details about the upcoming device sometimes get lost in the crowd. Exclusive MacRumors iPhone 14 Pro renders by graphic designer Ian Zelbo To help MacRumors readers, we've created a ...
Read Full Article • 96 comments

Friday August 5, 2022 2:47 am PDT by Sami Fathi
You've probably experienced visiting a website like Reddit or LinkedIn on your iPhone only to be greeted with an annoying, almost full-screen pop-up urging you to view the content in their app instead of on the website. It's a common practice for websites that have accompanying iOS apps to push users to open (if they already have the app installed) or download their app from the App Store to ...
Read Full Article • 107 comments