Apple Releases iOS 12.3.2 With Portrait Mode Fix on iPhone 8 Plus

The iOS 12.3.2 update is available on all eligible devices over-the-air in the Settings app. To access the update, go to Settings > General > Software Update. As with all iOS updates, iOS 12.3.2 is free to download, but it may take some time for iOS 12.3.2 to propagate to all iOS users. Today's update is limited to the ‌iPhone‌ 8 Plus and it is not available on other devices. 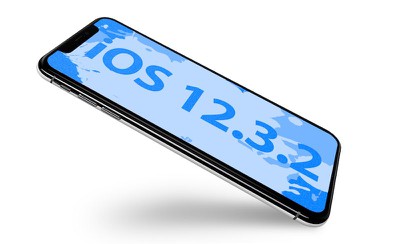 According to Apple's release notes, the iOS 12.3.2 update addresses an issue that caused the Camera app to capture Portrait mode photos without a depth effect on the ‌iPhone‌ 8 Plus.

Apple is also working on an iOS 12.4 update that's set to be released in the near future, as well as iOS 13, which will come out this September.

BruceEBonus
How about a device to ensure videos are taken in landscape mode? Now that would be a feature!
Score: 26 Votes (Like | Disagree)

How about a device to ensure videos are taken in landscape mode? Now that would be a feature!

Completely agree, how many times do you see footage on the news which would be 1000 times better if only they had turned the phone to landscape?
Score: 14 Votes (Like | Disagree)

I don’t have an 8 Plus. Why do I have to install it? Would be great if Apple gave us an options instead of constantly pestering with updates.

‘Constantly pestering’ is perhaps overstating it!
Score: 14 Votes (Like | Disagree)

I don’t have an 8 Plus. Why do I have to install it? Would be great if Apple gave us an options instead of constantly pestering with updates.

You can’t install it.

From the article: “Today's update is limited to the iPhone 8 ('https://www.macrumors.com/roundup/iphone-8/') Plus and it is not available on other devices.”
Score: 13 Votes (Like | Disagree)

DrJohnnyN
Great phone for those who prefer a physical home button.
Score: 12 Votes (Like | Disagree)