Apple today seeded the third beta of an upcoming iOS 12.4 update to developers, almost one week after seeding the second iOS 12.4 beta, and two weeks after releasing iOS 12.3, a major update that introduced a revamped TV app. 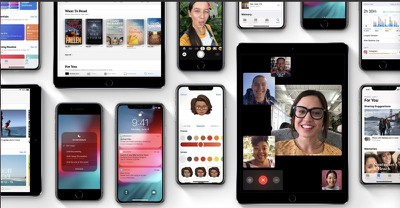 There were no new features discovered in the first two iOS 12.4 betas, so it's not entirely clear what's coming in the update. As a more significant 12.x update, it's possible that the update is focusing on a feature that's not yet available - the Apple Card.

Apple is planning to release the ‌Apple Card‌ in the summer, so iOS 12.4 could be the update that prepares the iOS operating system for that launch, adding hidden features that will be unlocked when the update becomes available to the public.

If we find new features in the third beta of iOS 12.4, we'll update this post.

Tonewheel
Good. The second beta was a noticeable drain on battery life.
Score: 4 Votes (Like | Disagree)

justperry
iOS 12 was and still is a very solid OS, lets hope it will stay that way on iOS 13, I will be on it the moment Apple (
beta)releases it, so, next Monday.
Score: 3 Votes (Like | Disagree)

iApplereviews
Nothing new just getting ready for Apple Card.
Score: 1 Votes (Like | Disagree)

CarPlay is not recognized when plugged in and when it does recognize it, it disconnects frequently. When it disconnects it shows up as a USB connection and not CarPlay. This has happened to me since updating to iOS 12.4 developer beta 3. I've submitted feedback to Apple already and hopefully they'll fix it.
Score: 1 Votes (Like | Disagree)
Read All Comments

Friday July 30, 2021 9:04 am PDT by Sami Fathi
Tesla CEO Elon Musk reportedly once demanded that he be made Apple CEO in a brief discussion of a potential acquisition with Apple's current CEO, Tim Cook. The claim comes in a new book titled "Power Play: Tesla, Elon Musk and the Bet of the Century," as reviewed by The Los Angeles Times. According to the book, during a 2016 phone call between Musk and Cook that touched on the possibility of ...
Read Full Article • 168 comments

Thursday July 29, 2021 9:14 am PDT by Eric Slivka
Back in April, Apple announced a $430 billion investment over the next five years to create more than 20,000 new jobs as the company continues to expand. One significant piece of that plan is a new engineering and research center in North Carolina where Apple will be investing over $1 billion and hiring at least 3,000 employees. Assemblage of seven properties in Research Triangle Park owned by ...
Read Full Article • 81 comments

Friday July 30, 2021 5:44 am PDT by Hartley Charlton
The most important TSMC factory that manufactures Apple's chips destined for next-generation iPhone and Mac models has been hit by a gas contamination, according to Nikkei Asia. The factory, known as "Fab 18," is TSMC's most advanced chipmaking facility. TSMC is Apple's sole chip supplier, making all of the processors used in every Apple device with a custom silicon chip. Industry...
Read Full Article • 104 comments