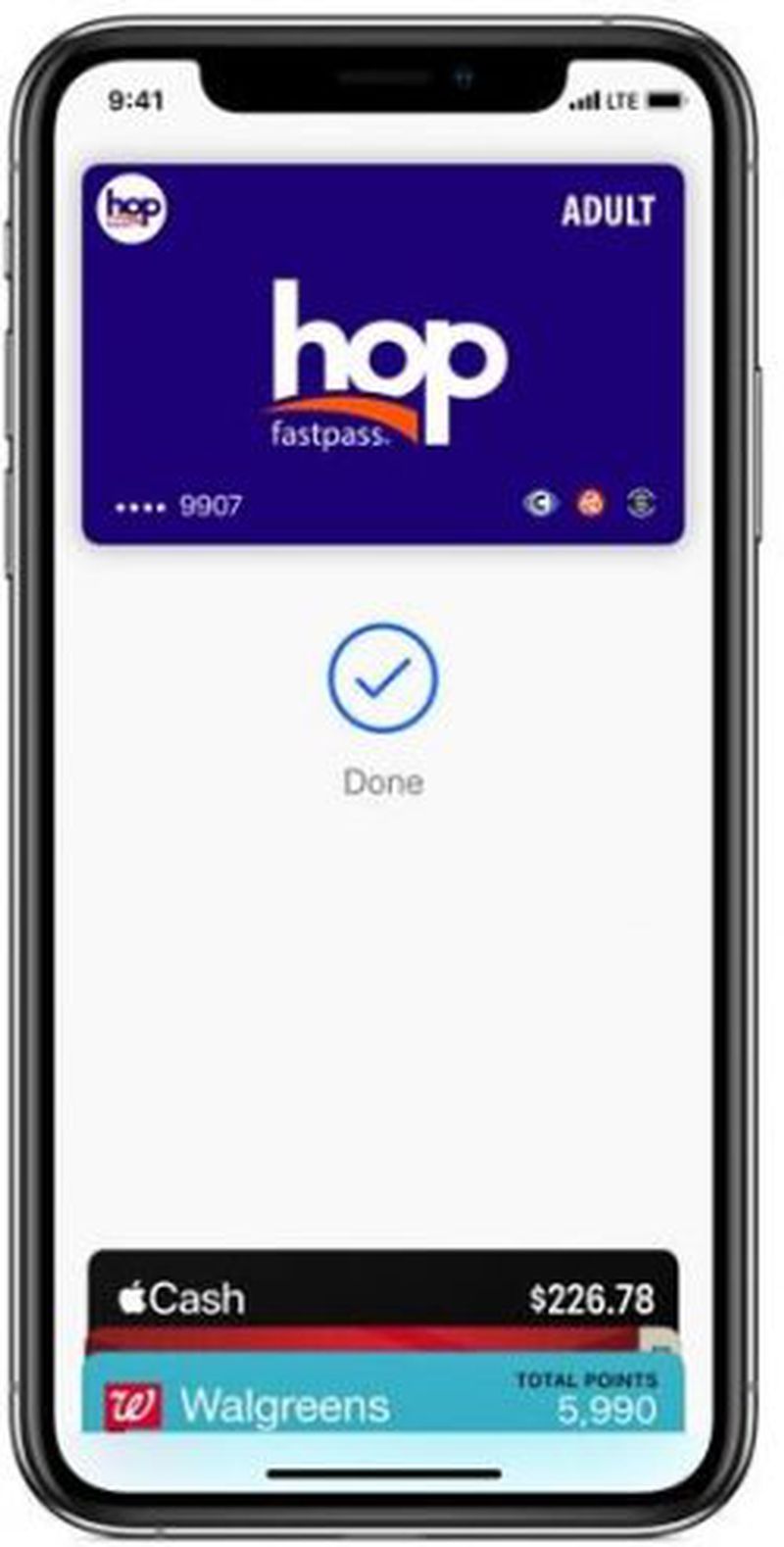 As of today, transit users in the Portland-Vancouver area are able to use their iPhones and Apple Watches to ride the TriMet, C-Tran, and Portland Streetcar, according to the Portland Tribune.

A new update to the Hop app for the Portland area allows the Hop Fastpass for these transit services to be added to Apple Wallet, and from Apple Wallet, they can be used in lieu of a physical ticket or card.

To use the new Hop Fastpass option, riders can hold an iPhone or an Apple Watch near the reader on MAX platforms and in buses and streetcars. There is no need to unlock the ‌iPhone‌ or confirm with Face ID or Touch ID with the Apple Pay Express Transit services.

Simply download the Hop Fastpass app from the App Store, choose the "Add a Hop card" option, and follow the on-screen instructions to make a purchase. From there, choose the "add to Apple Wallet" option. This new system will be replacing the existing TriMet app, which is being phased out by the end of 2020.

For visitors to Portland or residents who use transit infrequently, there is an option to use ‌Apple Pay‌ Express Transit with a credit or debit card to pay for trips. Using the new service requires iOS 12.3 and watchOS 5.2.1, updates that were released last week.

Just added it to my wallet, haven't tested it out, but apparently i cannot add it to both my watch and my phone at the same time, like other credit cards.


Yeah, that is odd. I wonder if it's an Apple thing or a TriMet (Portland's transit agency) thing... One aspect someone pointed out to me is that then two people could use it at the same time, by using it from two different devices, thus "fare skipping".

It automatically selected the card for "Express Transit Card", which was nice.


That bit is nice - it means that unlike any other Apple Wallet card, you *DON'T* have to "double click to approve". You can just tap your phone/watch on the reader and be on your way.
Rating: 1 Votes

Most people have to use the above and NOT credit/debit cards. Come on TfL: sort it out!!


Contactless accounts for 45% of transactions and is "rising linearly" so I suspect TFL won't bother to sort it out.

munpip214
Just added it to my wallet, haven't tested it out, but apparently i cannot add it to both my watch and my phone at the same time, like other credit cards. During setup I had to pick one or the other, so I picked my phone. I didn't see a way in the app to select the watch. When I went to wallet settings in the watch app, I chose it to add to my watch and it then removed it from my phone.

It automatically selected the card for "Express Transit Card", which was nice.
Rating: 1 Votes
[ Read All Comments ]