Apple today extended its Keyboard Service Program to all MacBook, MacBook Air, and MacBook Pro models equipped with any generation of its butterfly mechanism keyboard, not long after apologizing over the issues. 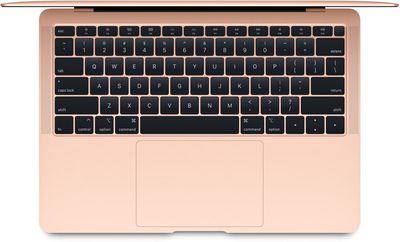 This means 2018 ‌MacBook Air‌, 2018 MacBook Pro, or just-announced 2019 MacBook Pro models that experience keyboard issues such as sticky or inconsistently responding keys now qualify for free repairs up to four years after the original purchase date worldwide, regardless of warranty status.

To address the underlying issues, Apple said it has changed the material in the 2019 MacBook Pro keyboard's butterfly mechanism to "substantially reduce problems that some users have seen," according to The Loop.

To initiate a keyboard repair, visit the Get Support page on Apple's website to book a Genius Bar or Apple Authorized Service Provider appointment.

moabal
This definitely sparks confidence in the durability of these keyboards. "Sarcasm"
Score: 15 Votes (Like | Disagree)

This definitely sparks confidence in the durability of these keyboards. "Sarcasm"

They admit there is a problem, explain that they’ve changed materials used, extended the service program and will even swap a 2018 model to use the same new material as the 2019 model if yours needs repairs.

How does that not inspire confidence that (a) they’ll look after you long after the warranty runs out, and (b) will try to prevent reoccurrence by using the newer parts.
Score: 15 Votes (Like | Disagree)

maerz001
People these days are more awaiting next generation keyboard design than CPU.

How many generations does it take for Apple to get pre-butterfly quality?
Score: 9 Votes (Like | Disagree)

Blaze4G
Why is Apple doing this?! Especially for free!?

Based on many members here, the keyboard issue is a tiny percentage and is not a design fault. So why would a manufacturer do free repairs and its not because of their bad design?!

Apple needs to rethink this. They make a product that does not have a design fault and should not replace customers keyboards for free.

Forgot to add in...Apple stock is doing great so that means their keyword is not design fault. They had record revenues so their keyboards are perfect.
Score: 8 Votes (Like | Disagree)

I’d suggest it’s a preventative measure, to know that issues will be fixed immediately if it happens.

If they didn’t include it in the program would you believe them any more if they said it was “fixed”?

Yes... because it would show that Apple is confident that they resolved the issue. But what they've said is, "should significantly reduce", indicating that they themselves aren't confident that this issue (that only affects a small handful of people) is finally and completely resolved.
Score: 7 Votes (Like | Disagree)

Pepe4life
But I thought only a “small percentage” of customers were affected???
Score: 6 Votes (Like | Disagree)
Read All Comments