Walmart is planning to expand Vudu by introducing original television shows over the next year, according to a report by Bloomberg. As it currently stands, Vudu offers users a way to rent and purchase movies and television shows, akin to iTunes. 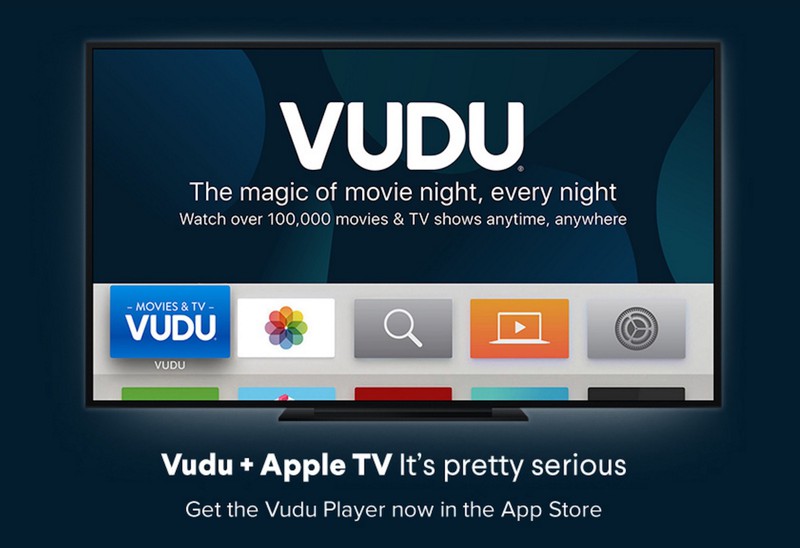 Now, the Walmart-owned service is planning to launch family-friendly television shows as a way to become a competitor in the ever-growing streaming TV market. These include a reboot of the 1983 comedy "Mr. Mom" (debuting as early as June 2019), a science-fiction show, and a police procedural drama similar to "CSI."

The difference is that Walmart won't require a monthly subscription to access these shows, but will instead generate money through "new advertising technology." This is described as "shoppable" content, with television shows that can directly lead to customers buying products online: "Not only will viewers see ads, they will have the option to buy products seen in shows, such as paper towels or soft drinks."

Although there are differences, Vudu will become one of many streaming services producing its own original TV shows. These include Hulu, Amazon Prime, Netflix, and Apple coming later this year. Apple's service will be called Apple TV+ and will include shows created and produced by Steven Spielberg, J.J. Abrams, and Oprah.

Comparatively, Walmart is "not in the running to produce the next 'Game of Thrones'," according to Bloomberg. In total, Walmart will produce at least a half-dozen original shows over the course of the next year, and will be meeting with advertisers in New York this week to pitch its plans.

Zoboomafoo
I'll take things no one asked for for $500 Alex.
Score: 8 Votes (Like | Disagree)

I was too young to get to be confused upon learning that Apple was entering the mobile phone market.

Thanks to Walmart, I'm getting a taste of that confusion.

Actually, when it comes to this situation in particular, there is no reason to be confused. Walmart is struggling to keep up with Amazon. Result: Copy everything Amazon does.
Score: 6 Votes (Like | Disagree)

AngerDanger
I was too young to get to be confused upon learning that Apple was entering the mobile phone market.

Thanks to Walmart, I'm getting a taste of that confusion.
Score: 5 Votes (Like | Disagree)

jerry16
This is beginning to be reminiscent of everyone launching "stories" a few years back - now it's original programming. How about an original idea instead?
Score: 3 Votes (Like | Disagree)

Actually, when it comes to this situation in particular, there is no reason to be confused. Walmart is struggling to keep up with Amazon. Result: Copy everything Amazon does.

It is rather odd that Walmart didn't see this freight train barrelling down the track at it.

How long did Walmart think it was going to take before Amazon figured out how to ship everything that Walmart sells in its stores?
Score: 3 Votes (Like | Disagree)

jerry16
A new subscription for every show you want to watch. Yay! We are back to a full channel lineup - 95% of which goes unwatched.
Score: 2 Votes (Like | Disagree)
Read All Comments

Saturday May 30, 2020 4:00 pm PDT by Eric Slivka
Apple today doubled the price for upgrading the RAM on the entry-level 13-inch MacBook Pro, with customers in the United States now being charged $200 to move from 8GB to 16GB compared to the previous $100 upgrade price. Similar increases are seen in other countries, such as moving from €125 to €250 in Germany and from £100 to £200 in the United Kingdom. Current pricing on RAM upgrade for ...
Read Full Article • 255 comments